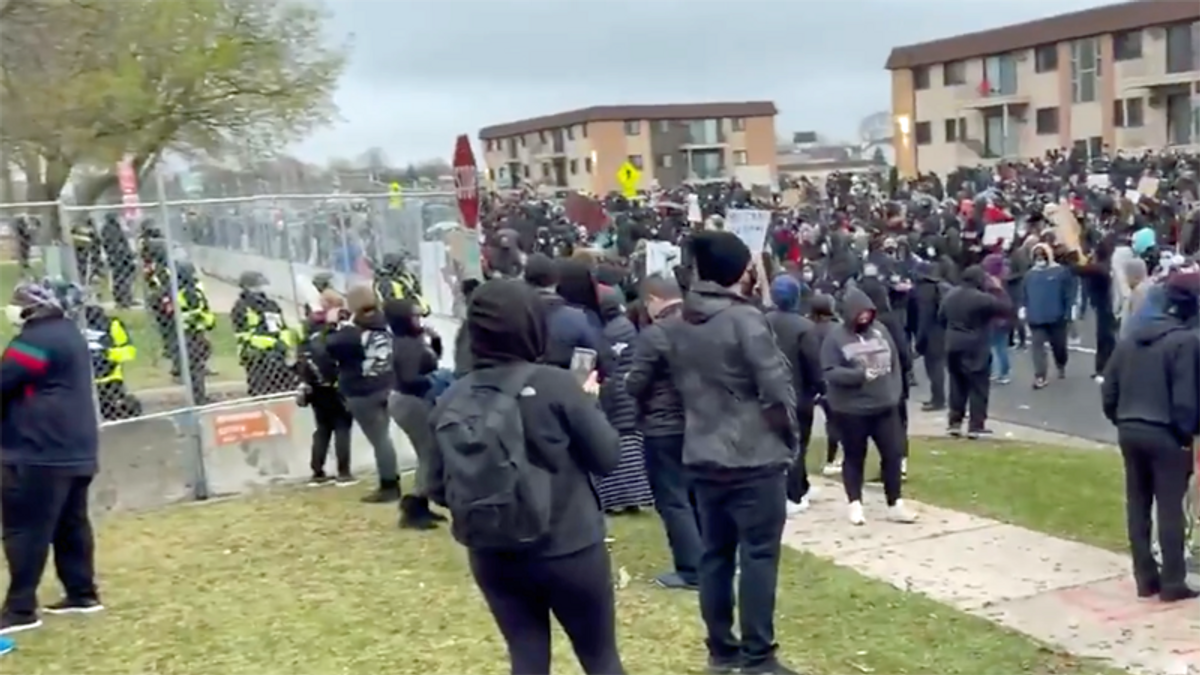 Protests erupted in response to the fatal police shooting of Daunte Wright, who was pulled over for an expired license plate. The officer in question allegedly shot Wright by accident, after she raised her gun hand instead of her taser hand. This explanation has immediately raised questions, given that police generally having training and protocols to avoid firing the wrong weapon.

According to local reporters, the protesters are "chanting and drumming." They are also reportedly calling for the resignation of the city's chief of police.

Watch the scenes below:

A large wooden fist originally made for George Floyd Square is now present at the memorial that sprung up at the site where an officer shot and killed #DaunteWright yesterday: pic.twitter.com/4wlkR5TmyR
— Unicorn Riot (@UR_Ninja) April 13, 2021

Curfew is in 15 minutes. But these folks are taking part in the vigil for #DaunteWright. Some are telling me nothin… https://t.co/UBHBqp8hYe
— Sara Sidner (@Sara Sidner)1618271148.0

Organizers have asked the crowd at the Brooklyn Center Police Department to go home as 7:00 curfew approaches. Many… https://t.co/yyvZyYSxbU
— Mark Vancleave (@Mark Vancleave)1618271427.0