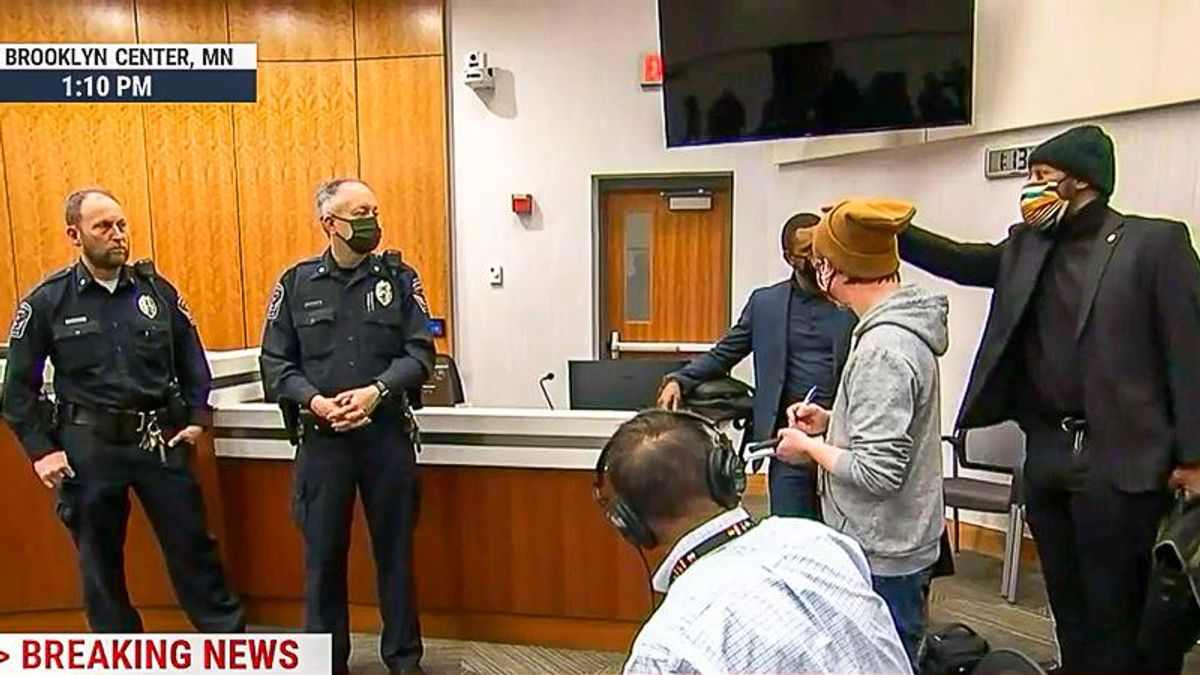 One mother who said she had lost her son said that she was concerned that the acting police chief could not relate to the community.

"I wrap my head around it every day," she explained. "We need him to have empathy, sympathy and compassion and you need to look yourself in the mirror and speak to your own. If it was your kid, how would you feel? What would you do?"

"And you all keep traumatizing us over and over again," the woman continued. "And you can't wrap your brain around it but yet you go home to your kids and wife every day. And I'm left without a child. When Sandra Bland got killed, I could wrap my head, my heart and everything around it and my son was living then. I'm going to need you to do more."

The woman went on to blast "corrupt cops" in Minnesota.

"But you can't wrap your head around it," she said. "But you go home and you wrap your arms around your kids every day. Every day! I'm going to need you to wrap your mind around it."

"Act like you care about Black, brown and indigenous bodies," she added. "Act like they were your kids! No more racial profiling! No more! I'm sick and I'm tired and it's people like you and you... that causes our families, that causes us to suffer. You don't know what it feels like. I'm sick of you all."

Moments later, a man stood up to lash out at the two police department officials who were in attendance.

"Right now, Brooklyn Center looks like a sundown town," he explained. "Black people better not be driving through here after sundown."

"My tags are expired. I can be racially profiled and killed," the man pointed out.