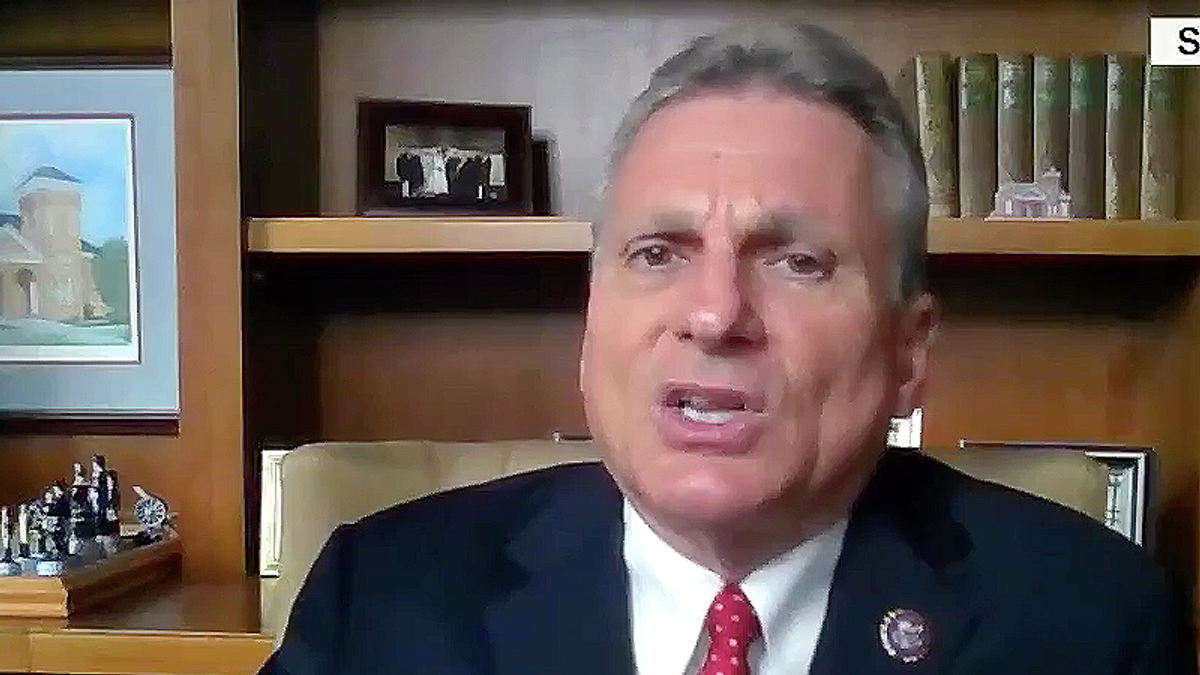 Speaking to CNN on Sunday, Rep. Earl Leroy "Buddy" Carter (R-GA) proclaimed that he would never vote to certify the 2020 election in Congress even after all of the evidence has been revealed over the past seven months.

According to Carter, none of the 60-plus failed lawsuits, failed Republican audit, recounts, and investigations were able to convince Carter that the election wasn't stolen.

Speaking to CNN's Pamela Brown, Carter explained that it isn't that people mistrust the election results or the vaccine, but it's the media's fault.

"Do you think people should listen to politicians or the nearly 100 judges across the political spectrum, the Republican and Democratic election officials that certified the election and administration official who is as who agree there's no evidence of widespread fraud in the election?" she asked.

"There's a danger you're going to come up with bananas," he claimed. "To your point, look, I've always said that the problem in the election certification was that changes in these states, in the state of Georgia and Arizona and Michigan were made by the executive branch and the judicial branch and not by the legislative branch they should have been made by. The recent ruling in the Arizona case is a perfect example of where even President Carter at one time said that the biggest problem, the biggest potential for cheating in elections, is through absentee ballots. Even he said that. That was part of the reasoning for the Arizona decision there."

Former President Jimmy Carter made the comment in 2005 while working with other countries attempting to hold safe and fair democratic elections. But in May 2020, when people were using Carter's words to justify stopping safer voting measures during a pandemic, Carter released another statement supporting the process.

"I urge political leaders across the country to take immediate steps to expand vote-by-mail and other measures that can help protect the core of American democracy – the right of our citizens to vote," he said in a statement from the Carter Center.

Brown asked the congressional Carter if that same logic was applied, then the same principle would also apply to other states that Donald Trump won.

"North Carolina, Texas, Ohio," she said. "If you look at the voter fraud and so forth and the amount of it, if you look at that, it's less than .001 percent, meaning that the election itself from all we know was like 99.99 percent successful with eligible voters having their voices heard through their vote. That's pretty good, is it not?"

"What I know is this, is that the changes made to the election process in the state of Georgia were made by the executive branch without the approval of the legislative branch," Carter returned to his complaint. "Our Constitution is perfectly clear that it should be made by the legislative branch. That's why I applaud the Georgia state legislature for the Election Integrity Act that makes voting easier and cheating harder (false)."

She refused to relitigate the specifics, but she asked if it also questions the results for all of the Republicans who won in those states. Carter claimed that if that was the case why they're not simply redoing the election.

"We could talk a lot more about this, but you can't divorce from the context as well," said Brown. "When you voted to decertify those results in the two states, that was against the backdrop of the sitting president saying the election was stolen, that the people's voices weren't counting. That their vote didn't count. So, it was against that backdrop, which is different. Also, doesn't it raise into question all the republicans who won in these states? Does not call into question whether you won legitimately then based on that logic?"

Carter questioned why then Congress does a certification of the election. "If we're not supposed to object, why not accept it by unanimous consent?"

Carter argued that he was supposed to be opposing it and "if I had it to do over 100 times again, I'd do it the same way because the people of the state of Georgia felt like there was cheating and results were not correct. So, I stand by my decision. If I had to do it over again, I'd do it just the way I did it."

If more people in Georgia believed that the election wasn't stolen, it's unclear if Carter would change his opinion or if he only feels he should listen to the Republican voters in his state.