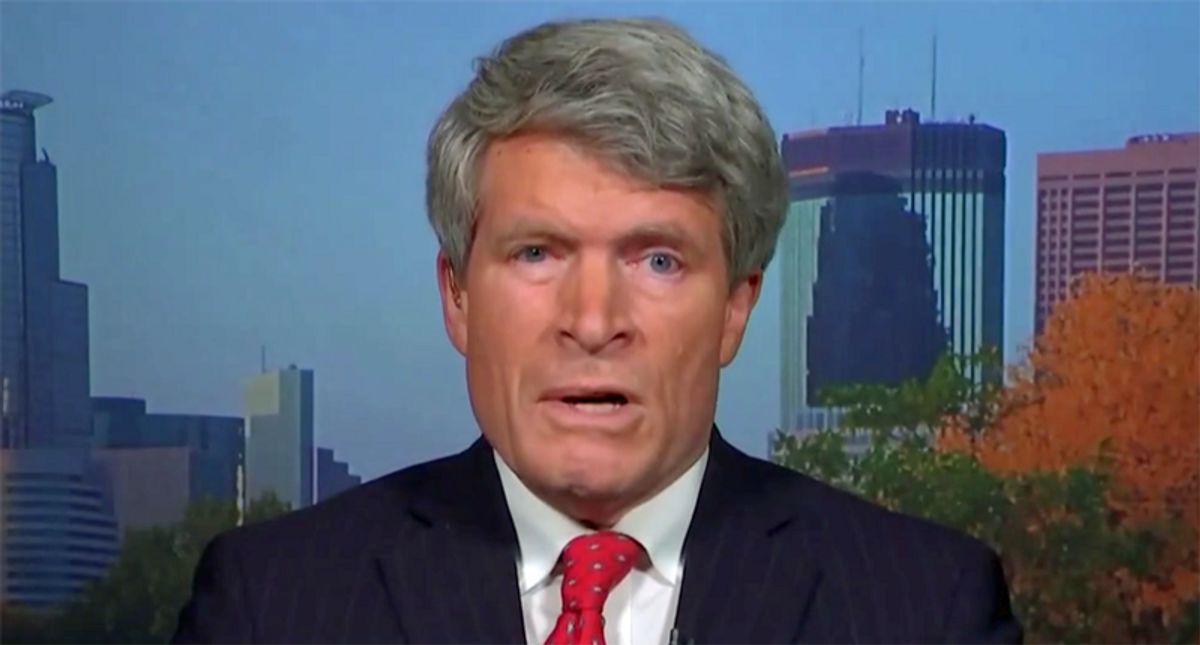 Richard Painter, the former White House counsel to George W. Bush, this week cited laws that he thinks could help with the indictment of former President Donald Trump, now that he has been acquitted in his second impeachment.

In a Twitter thread Monday, Painter cited an NBC News column he co-wrote making the case for witnesses being able to answer the remaining questions that Republican senators had. While many Republican senators were willing to call witnesses, Trump didn't want it, so the GOP leadership didn't either.

Now that the former president has been acquitted, it's time to move on to a criminal indictment and an actual trial, Painter urged.

He urged a Washington, D.C., prosecutor "to open a criminal investigation, subpoena evidence and witnesses and indict everyone who incited the January 6 insurrection or conspired with the rioters, including Trump."

He cited 18 U.S.C. § 373, which he said contains two requirements: "the circumstances must suggest that Trump had the intent to engage in conduct amounting to a violent felony and that he 'solicited, commanded, induced or otherwise endeavored' to persuade his followers to engage in such conduct."

"If Trump solicited the crowd to engage in criminal behavior, federal law would treat him as though he himself had stormed the Capitol," he said.

He also said that Trump could be charged with 18 U.S.C. § 2384, which outlines "seditious conspiracy" as a similar charge, but it's about "sedition" rather than "rebellion."

Read the thread and the full NBC News column.

Conservative Political Action Conference called out — for not being conservative