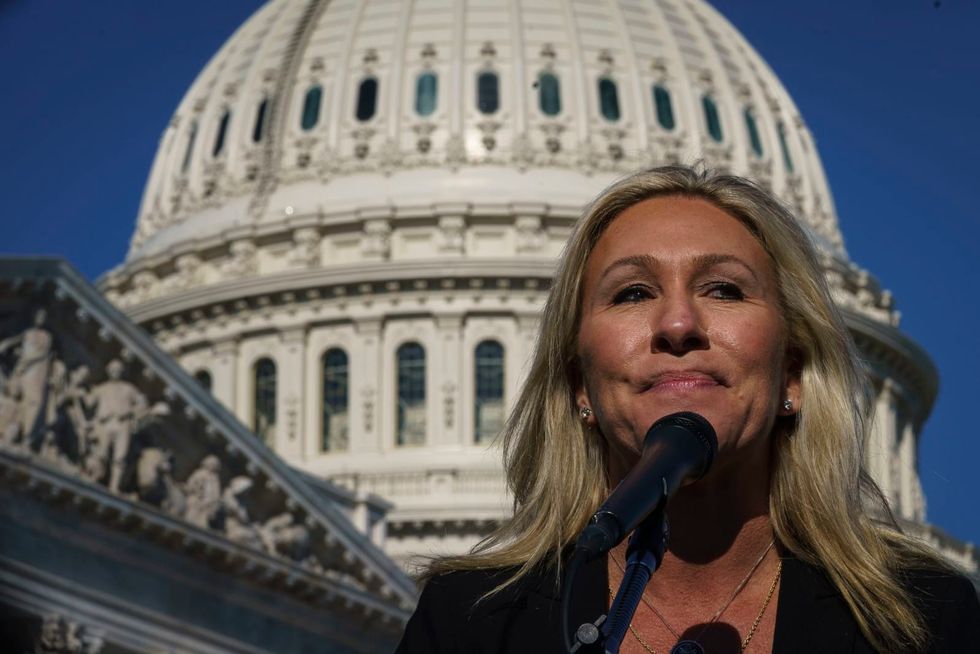 ATLANTA — Marjorie Taylor Greene relentlessly repeated her central argument: Democrats were destroying the country, and she was ready to fight them. In stump speeches and on social media posts, in television ads and on campaign signs, she spread her message “Save America, Stop Socialism!” She fired an AR-15 gun from the back of a Humvee in one campaign ad, blowing up a sign with the word “socialism” painted in red letters. The stunt drew national attention to her candidacy. “This is why I’m running for Congress, America’s the greatest country in the world,” she told voters in her northwest Geo...