‘This is scary’: Rob Reiner warns California Republican is a ‘crazy man’ 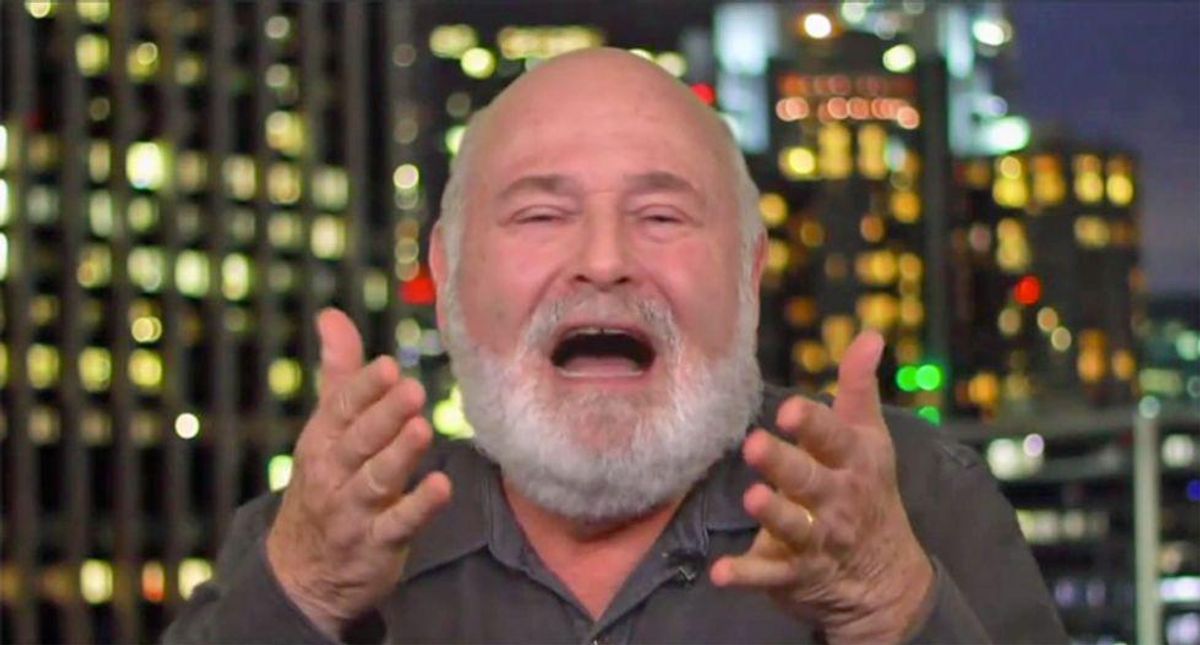 On Friday's edition of MSNBC's "The ReidOut," actor Rob Reiner issued a dire warning about Larry Elder, the right-wing talk radio host who is starting to consolidate Republican support in the California recall election against Gov. Gavin Newsom.

"Larry Elder, who right now is the leading candidate on the other side, has denied brandishing a gun at his girlfriend," said anchor Joy Reid. "He says Black people are more racist than white people. He says he doesn't believe sanctuary laws or citizenship for dreamers should be happening. He is against in-state tuition, healthcare, and driver's licenses for the undocumented. He opposes birthright citizenship. He wants to get rid of that. He objects to cashless bail. We can go on and on and on. And he thinks that Stephen Miller should be president of the United States."

"Here is the thing," said Reiner. "Republicans have figured out that they cannot win based on their policies and what they stand for because they don't really stand for anything. So they know the only way they can get power is by finding a way to either voter suppress or do these kinds of tricks with the recall, and think about this for a second. This is over 40 million people. This is like one-eighth of the country. To come under control by this maniac, Larry Elder, is just crazy. It's all about power grab. They are trying everywhere around the country and they are trying it in a big way here in California. California is the biggest prize of any blue state in the country."

"Now, I want to tell you something about Larry Elder," continued Reiner. "I debated Larry Elder years ago. I passed an initiative here in California to raise cigarette taxes to fund early childhood, and we debated and because we knew that by raising cigarette taxes you were going to reduce people smoking, which was a good thing. Larry Elder actually took the position in the debate that it was a good thing that people smoked because they would die sooner and it would reduce the health care costs and the drag on the public for Medicare, Medicaid. This is a crazy man. And like you say, he is way to the right of Donald Trump. So this is scary. People cannot be complacent. You've got to hand in your ballot. Get your ballot and vote no. That's all you have to do."