Inside Jared Kushner's key role behind Trump's flurry of pardons 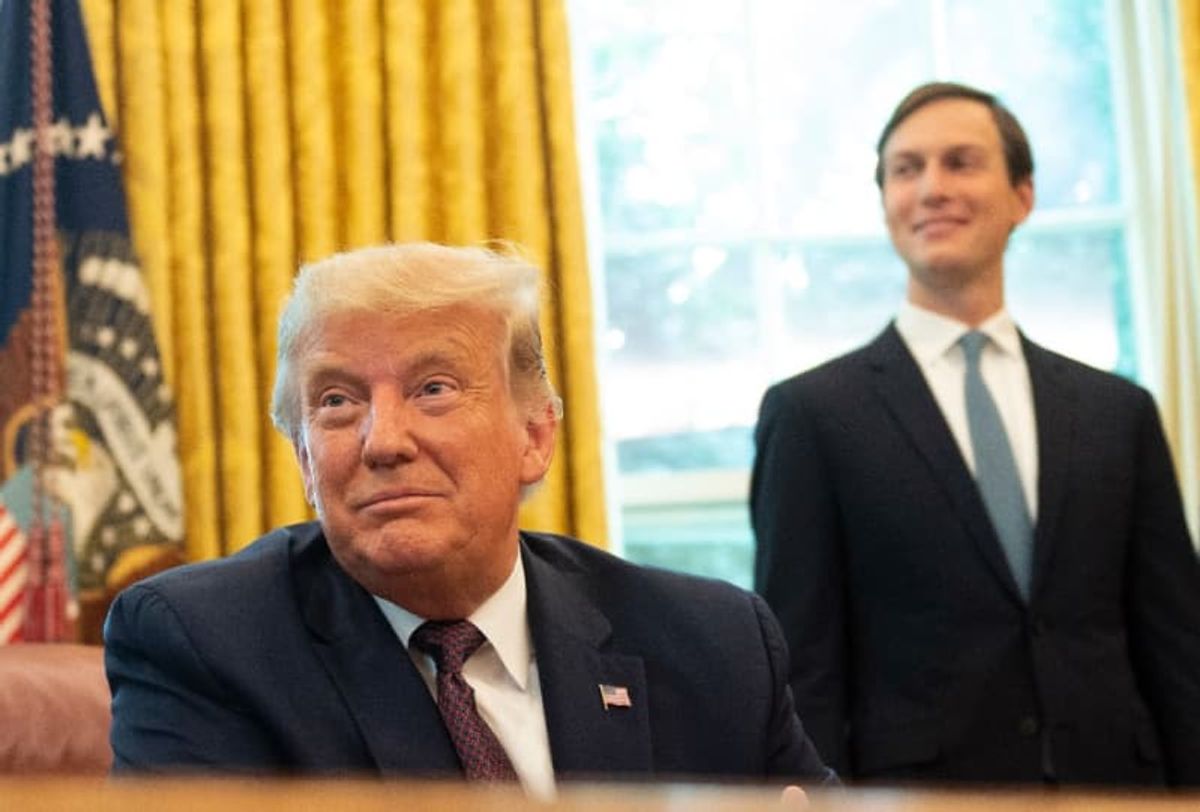 Jared Kushner, President Donald Trump's son-in-law and White House Senior Advisor, has played an important role in organizing the flurry of clemency requests the president has received as he enters the last month of his presidency.

Over the last five days, Trump has granted a total of 65 pardons and commutations, including which eliminated convictions and prison sentences for many of his own allies and close acquaintances.

As expected, the president's executive orders were widely criticized and many legal experts have viewed the avalanche of pardons as an abuse of power. Now insiders are detailing Kushner's involvement in Trump's orders. According to HuffPost, inside sources have described Trump's pardons as a "free-for-all" as they explained Kushner's role.

"Everyone's sending emails to Jared," an insider source said. "If you want to make something happen, go to Jared."

The publication also reported that insiders have explained Kushner's scorekeeping strategy in an effort to monitor who Trump grants pardons. The source added, "It's going to be a free-for-all. He'll let you know where you stand. The ones who are going to get pardoned and get to the top of the list are the ones who have representatives, staff or counsel that were loyal to the president."

Details about Kushner's involvement in Trump's pardons come just days after the president granted a full pardon to his father, Charles Kushner who was convicted back in 2005 on a string of criminal charges including tax evasion, illegal campaign contribution, and witness tampering. At the time, Kushner had allegedly conspired with a female escort to seduce his brother-in-law so he could blackmail him, according to NJ.com.

When the walls began to cave in, Kushner ultimately "admitted to defrauding the IRS of between $200,000 and $325,000 by filing 16 tax returns that claimed those political contributions as 'office expenses,'" according to the New Jersey-based news outlet which also reported that Kushner "acknowledged that he lied to the Federal Election Commission when he reported $385,000 in political contributions from his business partners. The partners claimed they were unaware of the donations."

"He obviously led the criminal-justice reform efforts and was supportive of his dad's case," the source said. "He's also gotten emails and requests from people, but in no way is he running or tracking this process."