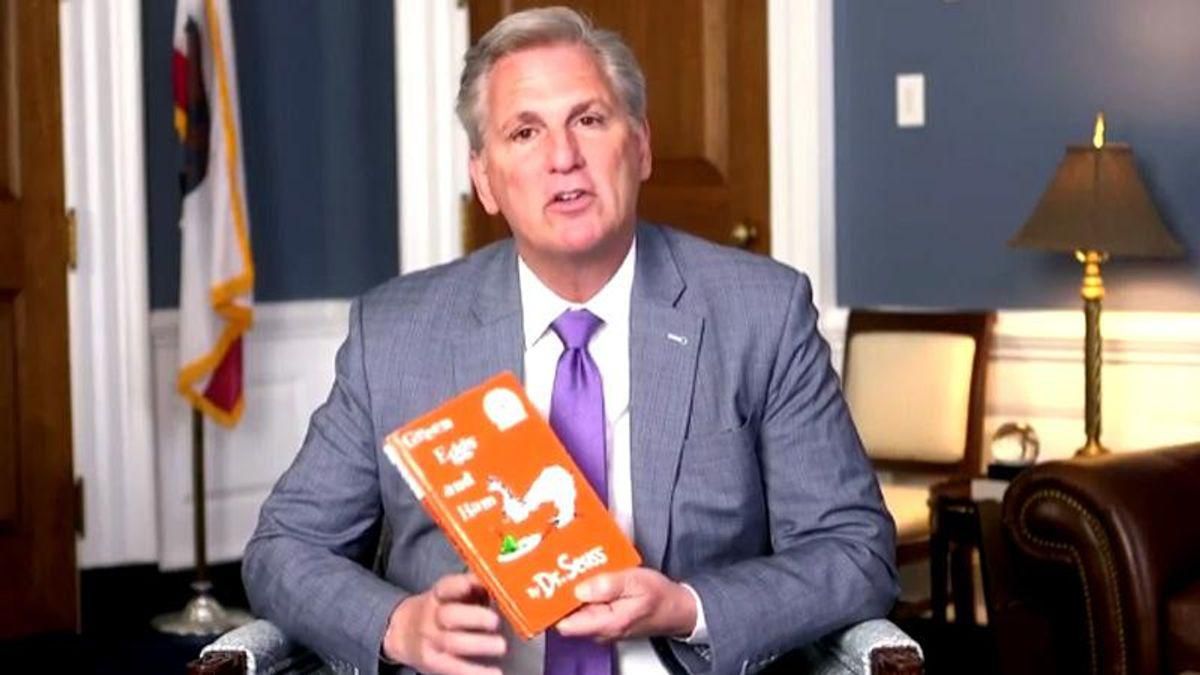 Dan Pfeiffer argued on Tuesday that it's not an accident that conservatives in the media are spoon-feeding their viewers and readers outrage about the six Dr. Seuss books that are no longer being printed due to racially insensitive material.

"The Republican plan to make 2022 about wokeness run amok is less stupid (and even more cynical) than it sounds," Pfeiffer explained. "The Cancel Culture crusade is not just the province of the blowhards on Fox News. The Republican Party leadership is making it a central part of their strategy."

According to Pfeiffer, so-called cancel culture hits a nerve with people who believe "America is changing in ways that are bad for the political and cultural power that white Christians believe is their birthright."

He continued: "There is no doubt that a lot of what drives the Right-Wing's focus on 'cancel culture' is a sincere annoyance at the consequences of being a racist asshole in public. But there is a political logic underlying all of the carping, complaining, and crocodile tears."

Pfeiffer posited that Republican leadership and conservative media know that the American Rescue Plan passed by Democrats is popular with GOP voters so they are trying to change the subject.

He pointed to a recent poll by Politico which found that Republican voters reported learning more about the "cancellations" of Dr. Seuss books than the $1.9 trillion American Rescue Plan.

"This finding is a testament to the power of the issue and massive indictment of America's information ecosystem," Pfeiffer pointed out. "Dr. Seuss's books weren't banned. It's a completely fake issue driven by blow-dried blowhards on cable and MAGA grifters on Facebook. Yet, it received as much attention as the passage of a historic piece of legislation that will put checks in people's bank accounts and shots in their arms."

Pfeiffer recommended that Democrats use the cancel culture topic to pivot the discussion in a way that highlights their own accomplishments.

"Republicans are raising these cultural topics to unite their party and divide ours. Therefore, we must aggressively move the conversation back to the economic issues that unite our party and divide theirs," he concluded.