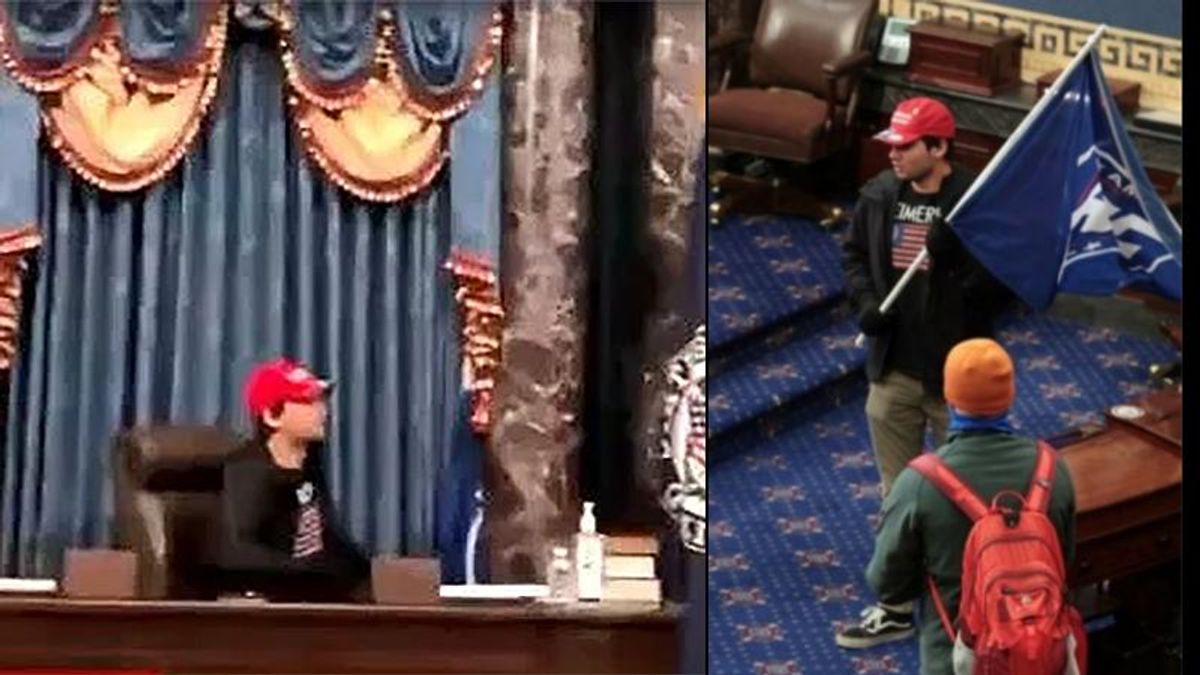 Christian Secor was one of the many who attacked the U.S. Capitol on Jan. 6, but he can be recognized as the one who sat in Vice President Mike Pence's chair in the U.S. Senate chamber.

According to the FBI, however, Secor has now been arrested for his involvement. The Los Angeles Times reported Wednesday that Secor was charged with "assaulting or resisting a police officer, violent entry and remaining on restricted grounds, civil disorder and obstructing an official proceeding."

At least 11 people reported him to the FBI, with one source saying that he had "moved back in with his mother, got rid of his cellphone and bragged that he 'would not be caught for his involvement at the U.S. Capitol.'" He is currently being held without bail.

The 22-year-old UCLA student was at his home in Costa Mesa, California, when the FBI came to execute a search warrant, said FBI spokesperson Laura Eimiller.

"As a result of Secor and others pushing on the double doors ... the doors opened and dozens of additional rioters flooded into the building," FBI Special Agent Benjamin Elliott wrote in the affidavit. "The Capitol Police officers were shoved by the crowd, at times trapped between the doors and the crowd, and eventually pushed out of the way of the oncoming mob."

The report also said that Secor was broadcasting live from the Capitol using DLive using the moniker Scuffed Elliot Rodger. The name comes apparently from the man "who killed six people in Isla Vista, Calif., in 2014 and became a hero to 'incels'" said the Times. Incels are members of online communities of men who can't attract women to have sex with and are "involuntarily celibate" as a result.

Secor has a history of statements in support of white nationalism and anti-Semitism, the affidavit described. It also noted that last year at UCLA he was accused of inciting racism with comments and tweets about immigrants and Jewish students.

The Times said, "without naming Secor, a student conservative group, the Bruin Republicans, stated Tuesday that it banned someone a year ago for 'inappropriate behavior' who was later arrested in connection with the Capitol incursion."

Read the full report from the Los Angeles Times.