Capitol attacker claims his threats were just ‘locker room talk’ and he was drugged: court documents 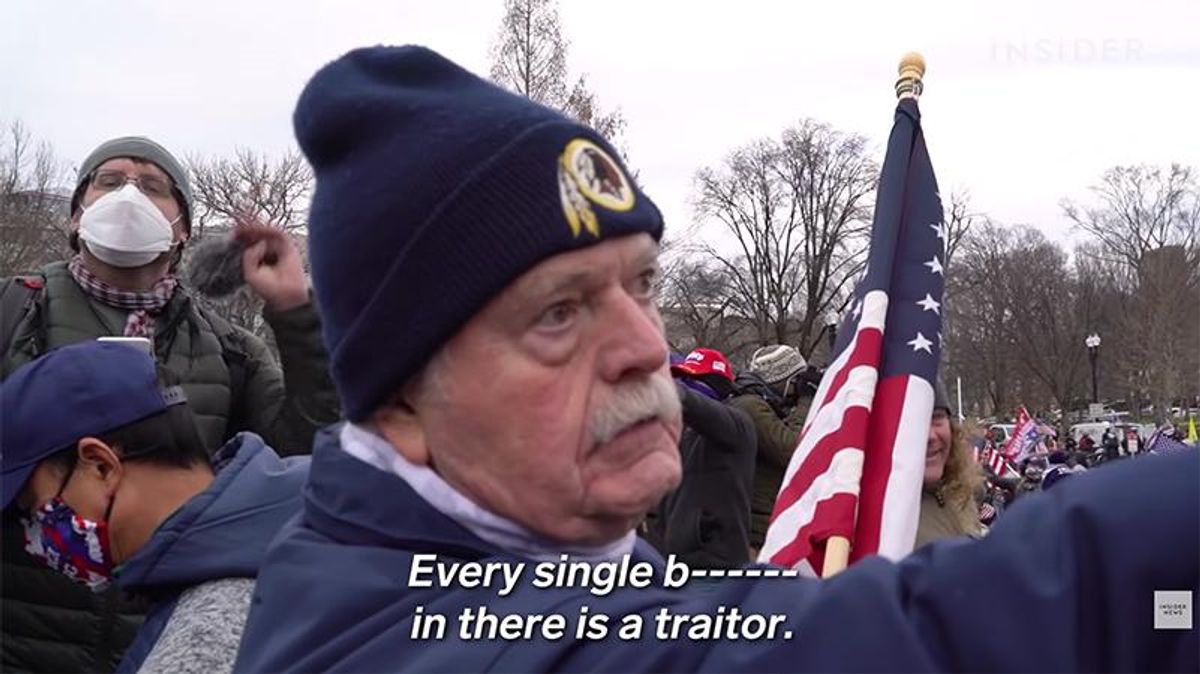 The indictment for Capitol attacker Thomas Edward Caldwell revealed some information about the defense he intends to use in court.

NBC News' Scott McFarlane has followed the indictments and trials of those who participated in the attack on the U.S. Capitol on Jan. 6. Caldwell was arrested on Jan. 19 and indicted on the 27th, and he was later identified as an alleged Oath Keeper who worked with the FBI and had "top-secret clearance," WUSA reported.

"The government has asserted all three are members of the Oath Keepers militia group," said the report. "Ray Crowl and Jessica Marie Watkins are accused of being part of the Ohio State Regular Militia Chapter. During a search of Watkins' Ohio home, federal investigators have said they found homemade weapons and instructions for making plastic explosives."

Among the things heard on videos of Caldwell include: "Every single b*tch in there is a traitor," and "We need to do this at the local level. Let's storm the capitol in Ohio. Tell me when!"

But it's what Caldwell is claiming in court that sounds familiar.

"Citing private, off-color jokes where Caldwell discussed 'hanging the traitors' and going after politicians, the Government attempts to characterize the defendant as a danger to the community," court documents from his lawyers said. "Caldwell's 'locker room' talk and male bravado, however, was not intended for public consumption, was likely done under the influence of prescription painkillers, and didn't result in him committing one act of violence—on January 6th or before."

It also characterized Caldwell as "a beaten-down man...suffering in pain and agony." But Caldwell was able to participate in the attack on the Capitol in a large crowd of violent people. It's unclear if he participated in the rally for President Donald Trump prior to the attack.

So.... there's this. Virginia man accused of being an Oath Keeper and conspirator behind the January 6th US Capito… https://t.co/9p7TwHCl5t
— Scott MacFarlane (@Scott MacFarlane)1615467429.0