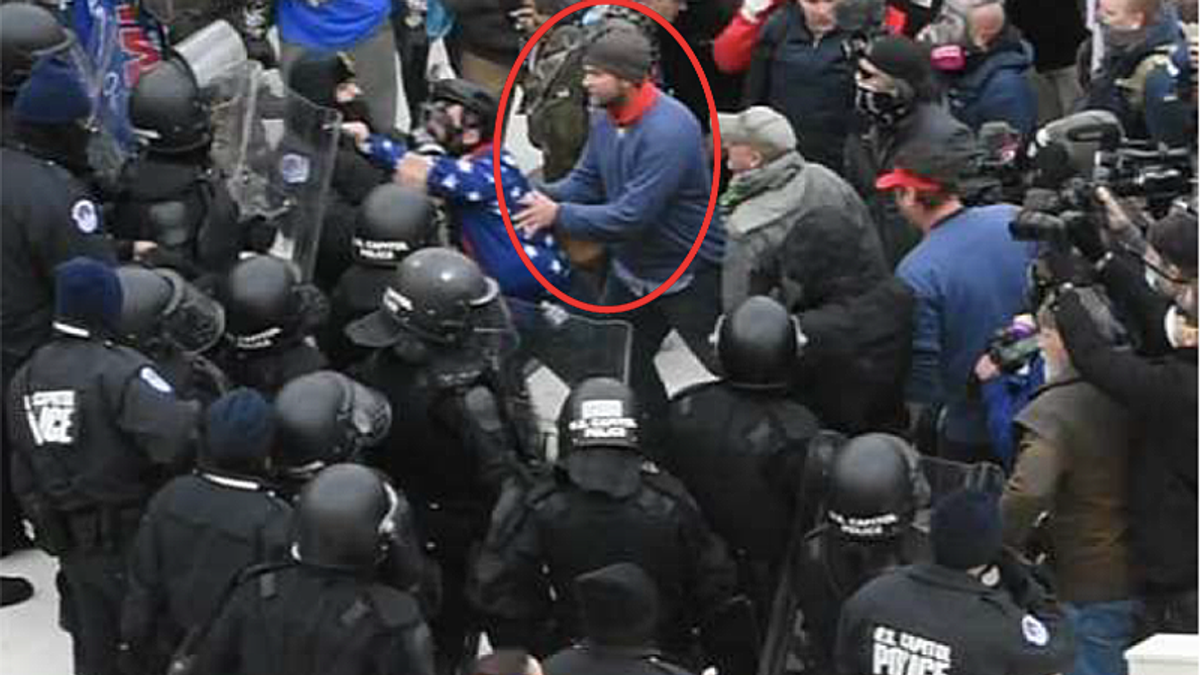 Accused Capitol attacker Landon Copeland of Utah was in court Thursday and things were far from normal.

NBC News' Scott MacFarlane tweeted that Copeland called into the hearing, and the defendant began by screaming at the courtroom clerk, saying she was "evil."

That then devolved into Copeland randomly shouting "I OBJECT" during another person's case after their defense lawyer criticized former President Donald Trump.

According to MacFarlane, Copeland interjected again when the defense attorney for another person blamed Fox News for radicalizing insurrectionists.

Legal analyst Marcy Wheeler noted that Copeland is demonstrating "that he can't control his anger and doesn't listen to authority."

Ultimately, Copeland agreed that he would be quiet, but when the judge was explaining pre-trial release he interrupted to ask "is any of this negotiable? I used to be a free man... until you locked me up!"

Copeland is accused of assaulting police during the Capitol attack. Ahead of his arrest, Copeland posted on Facebook that "the only option remains when we return. We bring guns and take the Capitol building without intention of being peaceful."

See the accounting of the hearing below:

He promised he'd shut up, and then as the magistrate was trying to explain pre-trial release, he interrupted again… https://t.co/yet3MVebfh
— emptywheel (@emptywheel)1620324009.0

Anthony Antonio's attorney is describing how during COVID shutdown he got Foxitis, leading him to get involved in t… https://t.co/W7O5UKBJO2
— emptywheel (@emptywheel)1620326694.0