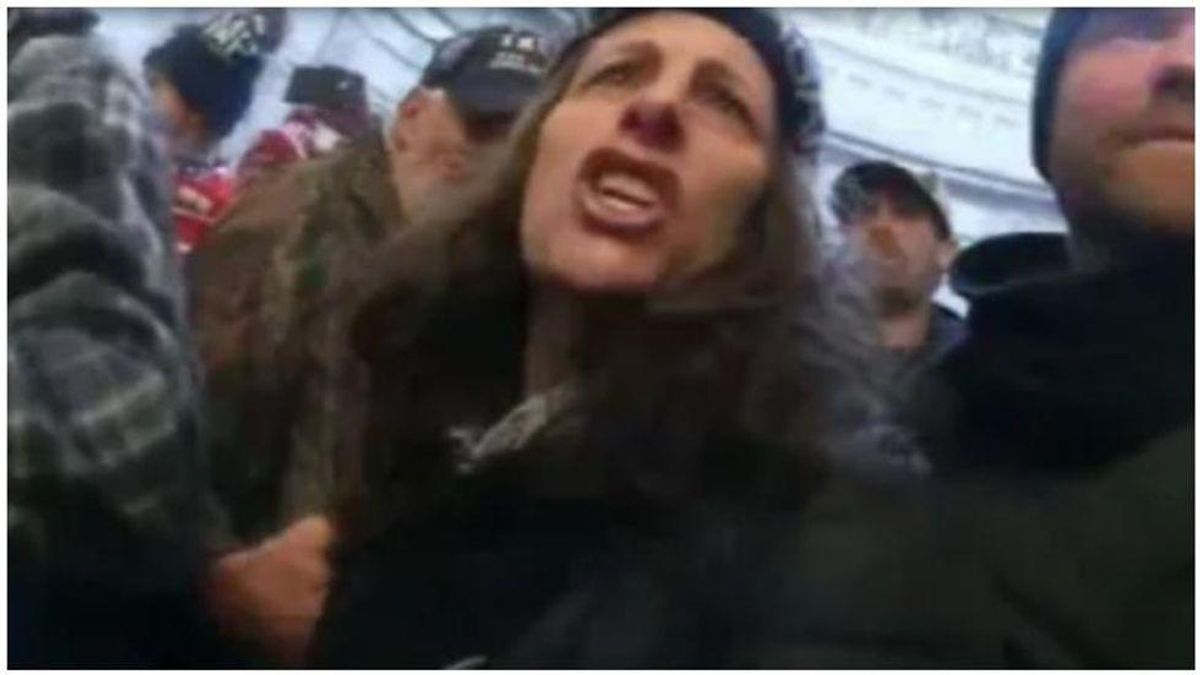 A MAGA rioter who infamously called for the hanging of House Speaker Nancy Pelosi has filed a bizarre motion to dismiss her case in which she employs rhetoric similar to that used by the "sovereign citizen" movement to demand her release.

Via NBC 4 Washington's Scott MacFarlane, MAGA rioter Pauline Bauer filed a motion to dismiss in which she describes herself as "I, Me, Pauline Bauer the Living Soul, A Creation of God."

She then proceeded to demand that the court "Drop all Charges against my VESSEL - PAULINE BAUER and Dismiss the Case."

As justification for the dismissal, Bauer alleged unspecified "Inconsistencies with Due Process Protections Act and obligations not met under the Brady Rule."

Bauer has been charged with multiple counts of violent entry, disruptive conduct, and obstruction of Congress for her role in the deadly January 6th Capitol riots, in which she was heard yelling, "bring Nancy Pelosi out here now… we want to hang that f*cking b*tch."

Read the full filing below.