Capitol riot was the culmination of Trump’s assault on fact-based reality: NYT 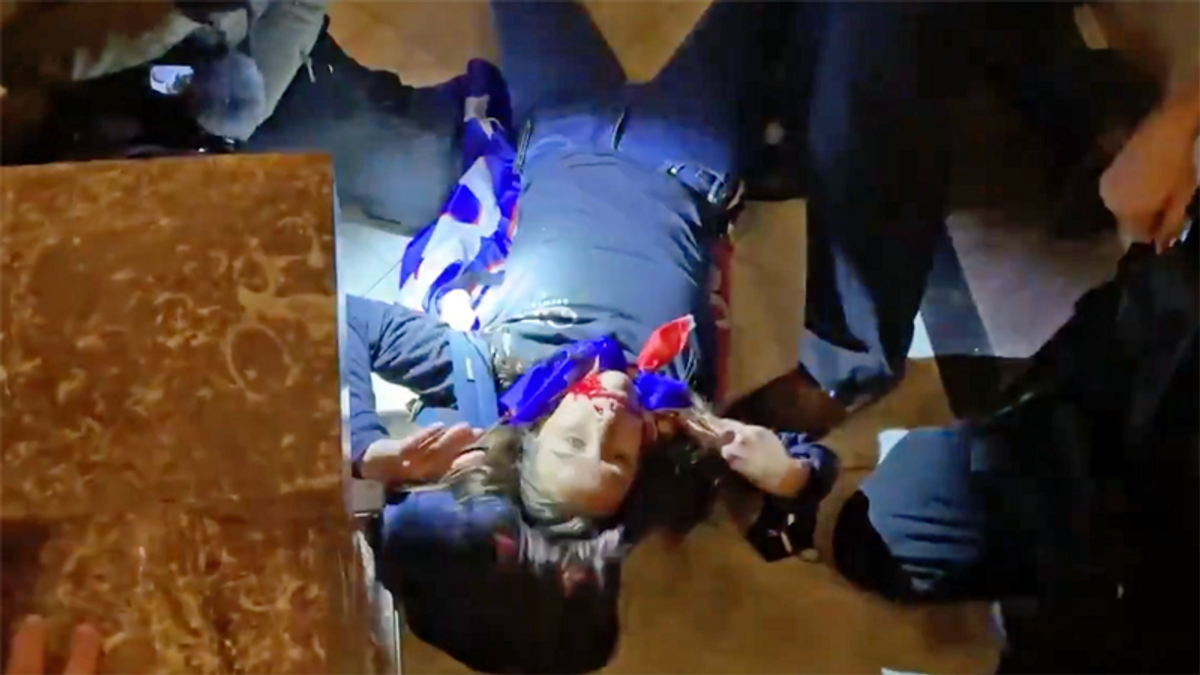 One of the defining features of Donald Trump's presidency has been the alternate reality he inhabits, filled with delusions and conspiracy theories and outright fabrications.

The rejection of reality by Trump, his supporters, and right-wing media culminated in Wednesday's deadly insurrection at the U.S. Capitol, according to an analysis by The New York Times.

"By Wednesday afternoon, a narrow group of Trump supporters — some exuberant, some hellbent — was storm-tossed together into infamy. A mob overran the nation's Capitol, as lawmakers hid in fear. Wholesale vandalism. Tear gas. Gunfire. A woman dead; an officer dead; many injured," the newspaper reported. "But the insurrection failed."

"It had been the culmination of a sustained assault by the president and his enablers on fact-based reality, one that began long before the November election but took on a fevered urgency as the certainty of Mr. Trump's defeat solidified. For years, he had demonized political opponents and the media and egged on thuggish behavior at his rallies," The Times explained. "Since losing to Joseph R. Biden Jr., he had mounted a campaign of lies that the presidency was being stolen from him, and that marching on the Capitol was the last chance to stop it. To many Americans, it looked like one more feel-good rally to salve Mr. Trump's wounded ego, but some of his supporters heard something altogether different — a battle cry."

And some Trump dead-enders seem undisturbed by the violent riot.

"Couy Griffin, 47, a Republican county commissioner from New Mexico, spoke of organizing another Capitol rally soon — one that could result in 'blood running out of that building' — in a video he later posted to the Facebook page of his group, Cowboys for Trump," the newspaper noted.

The Times explained how the event was promoted.

"For example, the term 'Storm the Capitol' was mentioned 100,000 times in the 30 days preceding Jan. 6, according to Zignal Labs, a media insights company. Many of these mentions appeared in viral tweet threads that discussed the possible storming of the Capitol and included details on how to enter the building," the newspaper reported. "To followers of QAnon, the convoluted collection of conspiracy theories that falsely claims the country is dominated by deep-state bureaucrats and Democrats who worship Satan, the word 'storm' had particular resonance. Adherents have often referred to a coming storm, after which Mr. Trump would preside over a new government order."

The woman trampled to death in Congress was "consumed with QAnon," making her the second confirmed QAnon supporter… https://t.co/X14w80NEGL
— Will Sommer (@Will Sommer)1610133913.0

"In online discussions, some QAnon followers and militia groups explored which weapons and tools to bring. 'Pack a crowbar,' read one message posted on Gab, a social media refuge for the far right," the newspaper reported. "In another discussion, someone asked, 'Does anyone know if the windows on the second floor are reinforced?'"

The chaos is not ending.

"The anger, resentment and conspiracy-laced distrust that led to Wednesday's mayhem did not dissipate with Thursday's dawn. Along with the smashed furniture in the Capitol Building, there were smashed expectations of a continued Trump presidency, of lawmakers held to account, of holy prophecies fulfilled," the newspaper noted. "Signs of potential violence have already surfaced. Twitter, which terminated Mr. Trump's account on Friday, noted that 'plans for future armed protests have already begun proliferating' online, including 'a proposed secondary attack on the U.S. Capitol and state capitol buildings on January 17.' The urge for more civil unrest is being discussed in the usual squalid corners of the internet. Private chat groups on Gab and Parler are peppered with talk of a possible 'Million Militia March' on Jan. 20 that would disrupt the presidential inauguration of Mr. Biden."

NEW: The Capitol insurrection was the “culmination of a sustained assault by the president and his enablers on fact… https://t.co/7zooG4lySL
— Mike McIntire (@Mike McIntire)1610223687.0