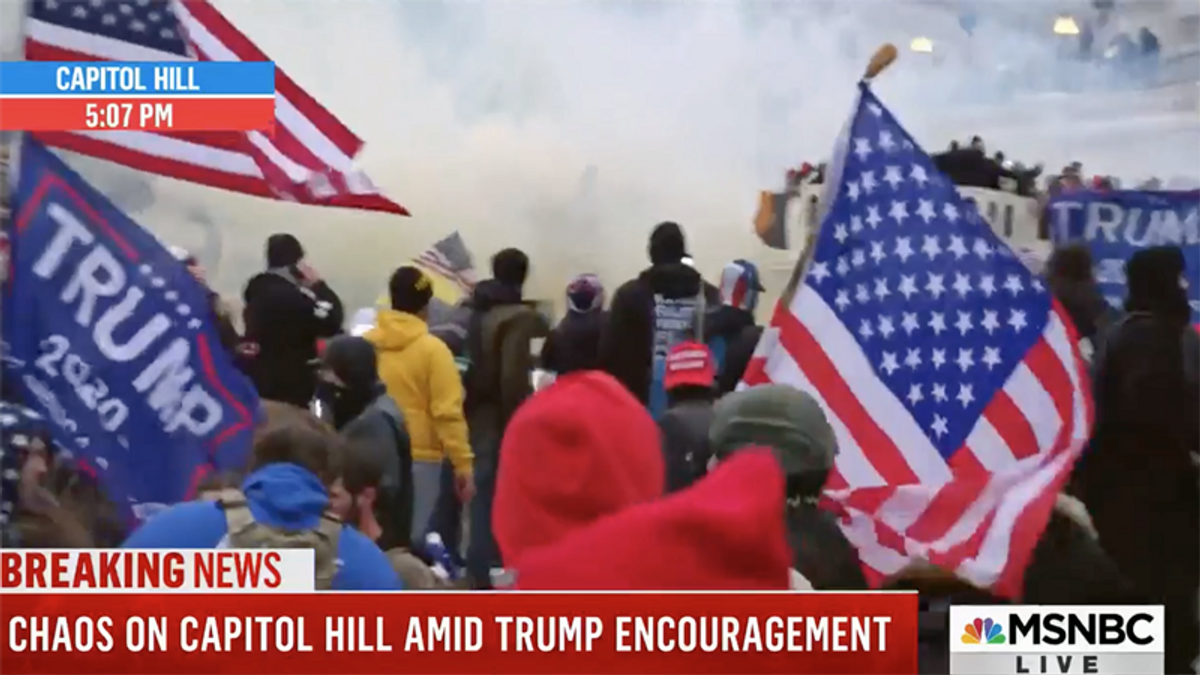 Following the third day of Donald Trump's second impeachment trial, The New York Times published a new report on the injuries suffered by police during the January 6th insurrection.

"One officer lost the tip of his right index finger. Others were smashed in the head with baseball bats, flag poles and pipes. Another lost consciousness after rioters used a metal barrier to push her into stairs as they tried to reach the Capitol steps during the assault on Jan. 6," The Times reported.

"A little more than a month after the Capitol siege, a fuller picture of the injuries sustained by the police has emerged from court documents, footage revealed at former President Donald J. Trump's impeachment trial, accounts provided by officers and interviews with law enforcement officials and experts," the newspaper explained. "The Capitol assault resulted in one of the worst days of injuries for law enforcement in the United States since the Sept. 11, 2001, terrorist attacks. At least 138 officers — 73 from the Capitol Police and 65 from the Metropolitan Police Department in Washington — were injured, the departments have said. They ranged from bruises and lacerations to more serious damage such as concussions, rib fractures, burns and even a mild heart attack."

Capitol Police Officer Brian Sicknick was killed in the attack on the U.S. Capitol.

"The number of those injured does not account for the dozens, if not hundreds, of officers whom law enforcement officials estimate will suffer in years to come with post-traumatic stress disorder and the dozens who most likely contracted the coronavirus from unmasked Trump supporters who overran the Capitol, the experts and officials said," the newspaper reported. "At least 38 Capitol Police officers have tested positive for the coronavirus or were exposed to it, Representative David Cicilline, Democrat of Rhode Island and a House impeachment manager, said on Thursday. Nearly 200 National Guard personnel who were deployed to protect the Capitol in the weeks after the siege also tested positive, he said."