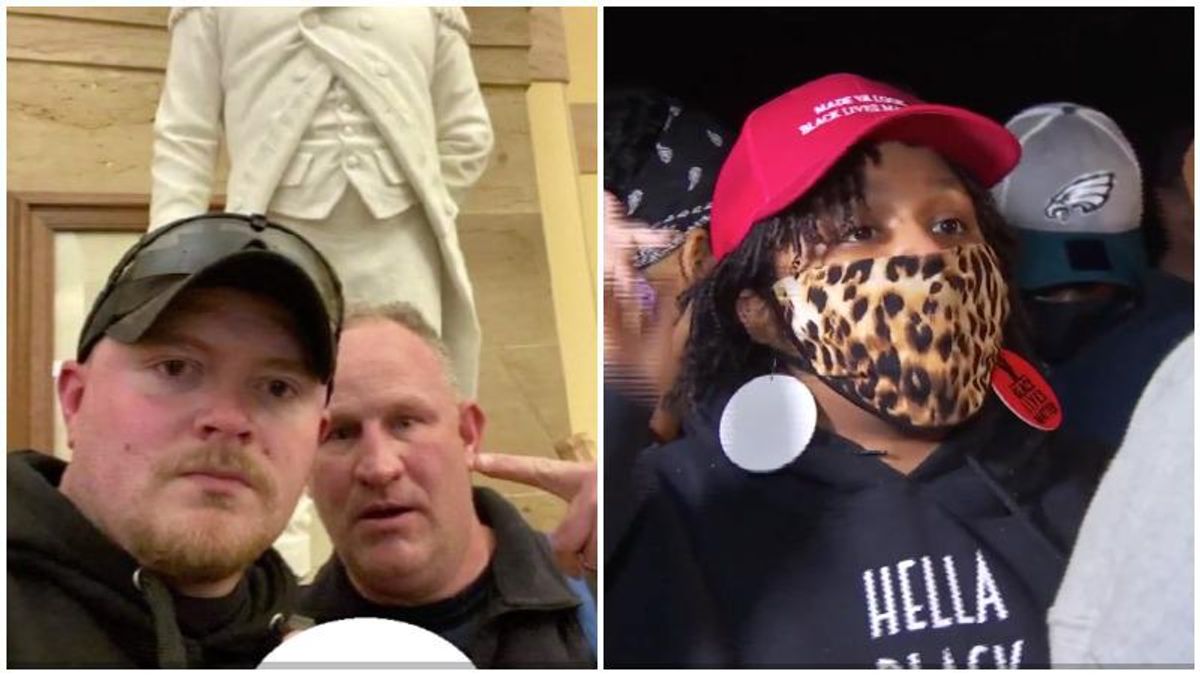 Two officers from the Rocky Mount police force in Virginia are on administrative leave after photos showed them participating in the storming of the U.S. Capitol on Jan. 6.

According to 10News, Thomas Robertson and Jacob Fracker admit to being in the photo but say they're innocent -- claiming that Capitol police allowed them to enter and they did not partake in any violence.

During a Rocky Mount Town Council meeting Monday night, supporters of the officers and counter-protesters went head-to-head against each other.

Speaking to 10News, Black Lives Matter activist Bridgette Craighead said that being part of "violent and deadly" mob is not protected by the 1st Amendment.

"I don't want an officer like that serving in my community," she said.

Brittney Perdue, who showed up to support the officers, said they're "both great guys and I don't believe they've done anything wrong."

In a statement, the Virginia Sheriffs' Association condemned the riot at the U.S. Capitol and anyone who participated.

"The Virginia Sheriffs' Association (VSA) denounces in the strongest terms the horrifying events at the Capitol of the United States on January 6, 2021," the statement read. "The VSA applauds all efforts by appropriate law enforcement agencies to identify and arrest any individual that unlawfully entered the Capitol or otherwise broke the rule of law."