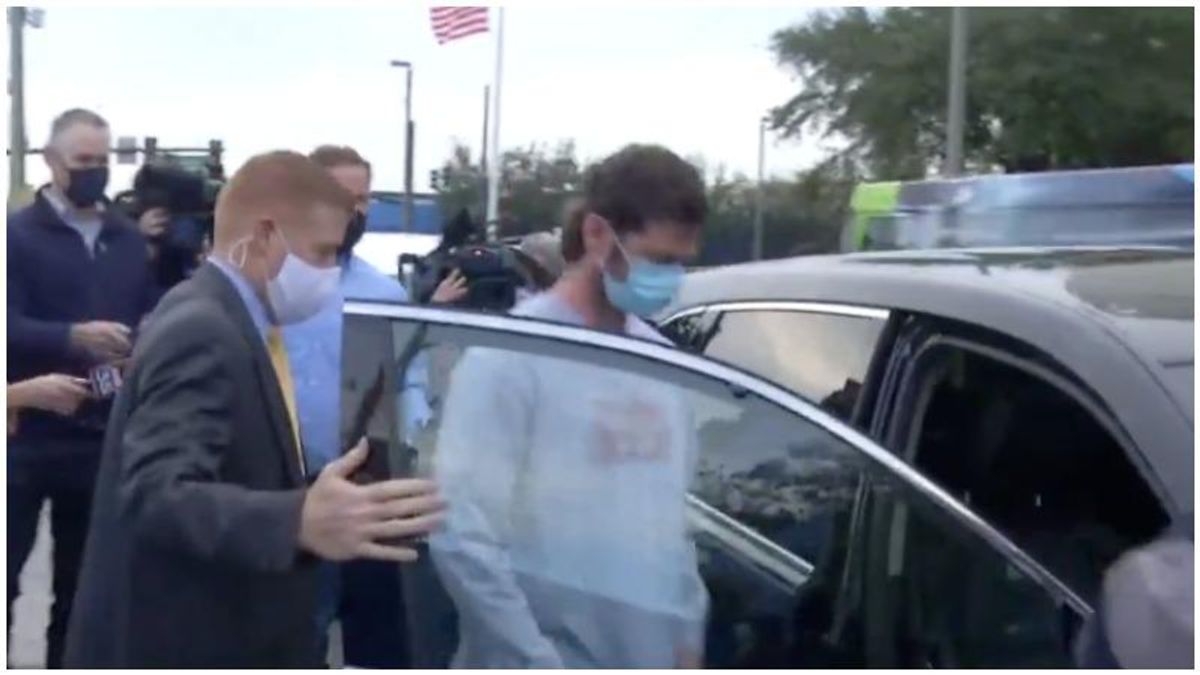 Andrew Williams leaves federal court after being arrested for partaking in the storming of the U.S. Capitol on Jan. 6. (Screen shot via Twitter.com)

A firefighter from Central Florida has been arrested for participating in the Capitol riot and has been slapped with charges of disorderly conduct and unlawful entry. The station where he worked since 2016 now has him on unpaid leave, the Bradenton Herald reports.

After a hearing in federal court, Andrew Williams was released and ordered to surrender his passport and all weapons. He was also ordered to undergo a mental health evaluation.

According to Williams' lawyer, the Capitol police and President Trump were responsible for Williams' behavior.

"The president and the Capitol police encouraged despicable behavior," attorney Vincent Citro said. "Mr. Williams took part in none of it."

In a statement, the Sanford Fire Department Chief Craig Radzak said that he holds "the men and women in this department to the highest standards."

"It saddens me that the actions of one individual have tarnished the hard work and dedication that the rest of the department puts forth on a daily basis," the statement read. "Our investigation will continue in conjunction with the current federal criminal investigation. As is policy with any type of policy violation, including a criminal violation, an internal administrative process must be followed in order to ensure a thorough investigation with a just conclusion. I ask for the public's patience as we move through this process."