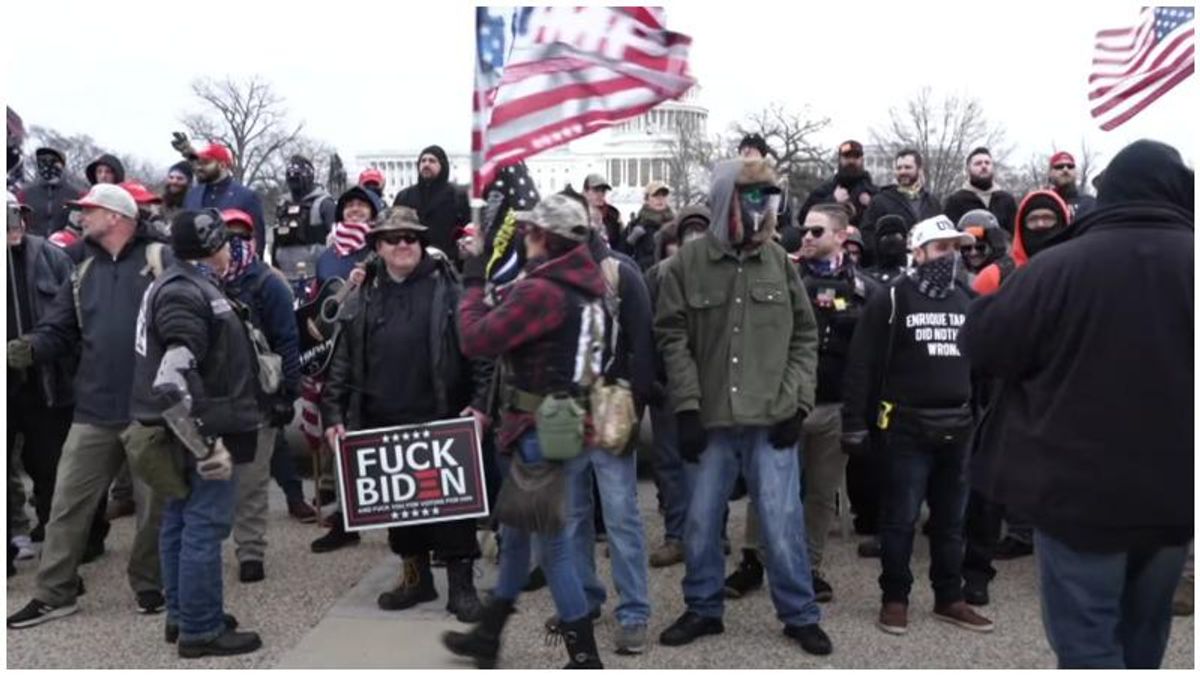 To support the seemingly baseless claims, the resolution referenced articles written by a number of right-wing news outlets, including Epoch Times, described as a "pro-Trump outlet that has frequently published rightwing misinformation."

"We are encouraging and working with the others through a patriot network of RNC members, the national level elected officials from each state, to coordinate our activities and to coordinate our messaging," Currier said.

Despite live footage, photos, and even Trump supporters live streaming themselves as they stormed the U.S. Capitol, Currier still insists the former president's supporters were not responsible for the deadly riots. Currier's remarks come as the Federal Bureau of Investigation (FBI) continues its investigation into the insurrection.

As of Tuesday, Jan. 26, more than 100 people have been arrested for their participation in the Capitol riots. The U.S. Department of Justice has released a full list of those arrested.