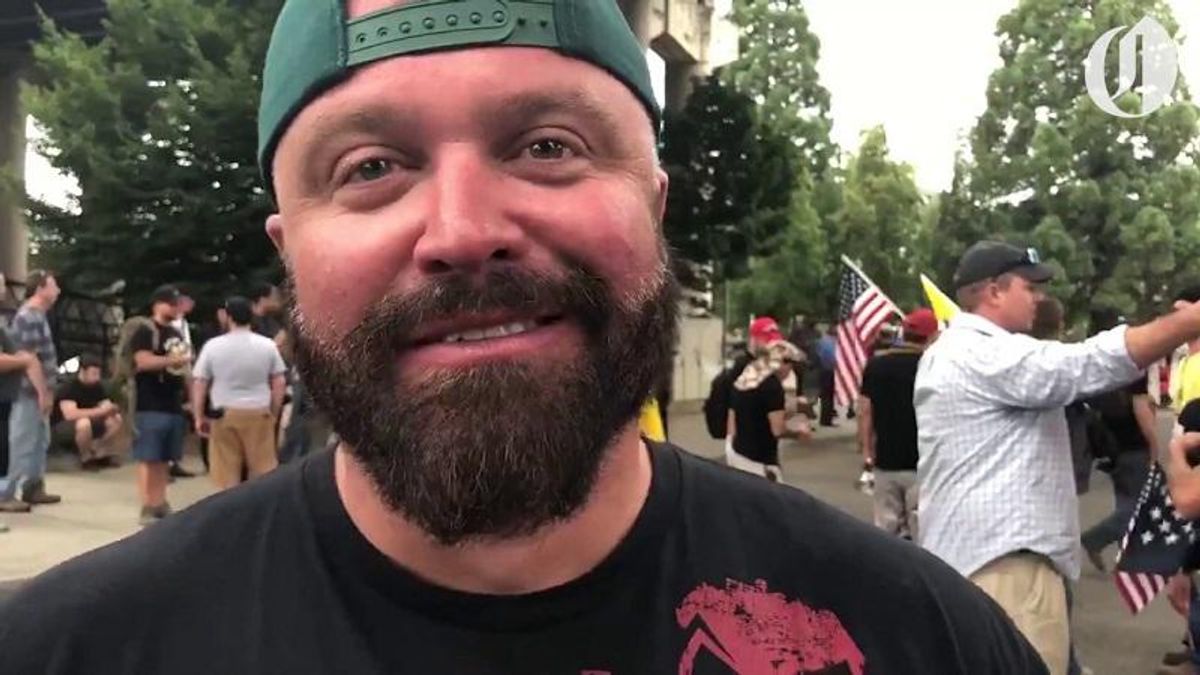 While the overwhelming majority of individuals charged so far in connection with the deadly January 6th attack on the U.S. Capitol are unconnected to organized militias or other known extremist groups, a preliminary assessment conducted by researchers at George Washington University found they comprise a "hodgepodge" of individuals inspired by far-right ideologies.

Researchers at GWU's Program on Extremism analyzed the cases of 257 alleged participants the mob attack on the Capitol—inspired by former President Donald Trump and his lie that the 2020 presidential election was "stolen"—and found them to be a "heterogenous group."

The researchers divided the 257 individuals, who include 221 men and 36 women, into three groups: "militant networks," "organized clusters," and "inspired believers."

Militant networks, the report states, represent "the apex of organizational planning by domestic violent extremist groups for and on January 6th," and are "characterized by hierarchical organization and chains of command."

"Leaders of established domestic violent extremist groups issued orders or directives to members of their groups, encouraging them to travel to Washington in advance of the siege," the report states. "Unlike individuals in the other categories, not only did these militant networks plan to attend protests on the 6th, but they are also alleged to have planned in advance to breach the Capitol and, in many cases, conduct violence inside the walls of the building."

The second category, organized clusters, is "composed of small, close-knit groups of individuals who allegedly participated in the siege together, usually comprising family members, friends, and acquaintances."

"Finally, the remainder of the alleged siege participants can be categorized as inspired believers," the report says. "These individuals, according to available evidence, were neither participants in an established violent extremist group nor connected to any of the other individuals who are alleged to have stormed the Capitol."

"Inspired by a range of extremist narratives, conspiracy theories, and personal motivations, individual believers made up a significant portion of the crowd at the Capitol," it says.

"Perhaps the most striking finding in this report is the range of far- and extreme-right actors who took part in the siege," the report states. "While such groups often splinter across various lines and form bitter rivalries with one another, it is clear that in some cases they have found enough common cause to mobilize together."

"The siege is not the first recent example of increased alliances among disparate right-wing groups in America," it continues. "The Charlottesville Unite the Right Rally in 2017, for example, while a different kind of event, also succeeded in bringing together a range of American groups over, among other things, their deeply-held conspiratorial anti-Semitism."

The events of January 6th also allow us an opportunity to assess how the domestic violent extremist threat may take shape in the coming months and years, and if the siege may have some role in this. As law enforcement officials continue to identify and prosecute individuals involved in the storming of the Capitol on January 6th, new cases of domestic violent extremists inspired by the siege to conduct their own violent attacks have already emerged.
Since the siege, federal law enforcement arrested at least four individuals with links to domestic violent extremist ideologies—one involving a militia affiliate from Northern California and another involving two associates of the Boogaloo Boys in Kentucky, all of whom reportedly believed that the siege would spark a new civil war in the United States.

"Moving forward, it is highly likely that violent extremists of multiple ideological persuasions, inspired by the events of January 6th, 2021, will add to the already bloated federal domestic extremism caseload for prosecutors throughout the country," it warns.