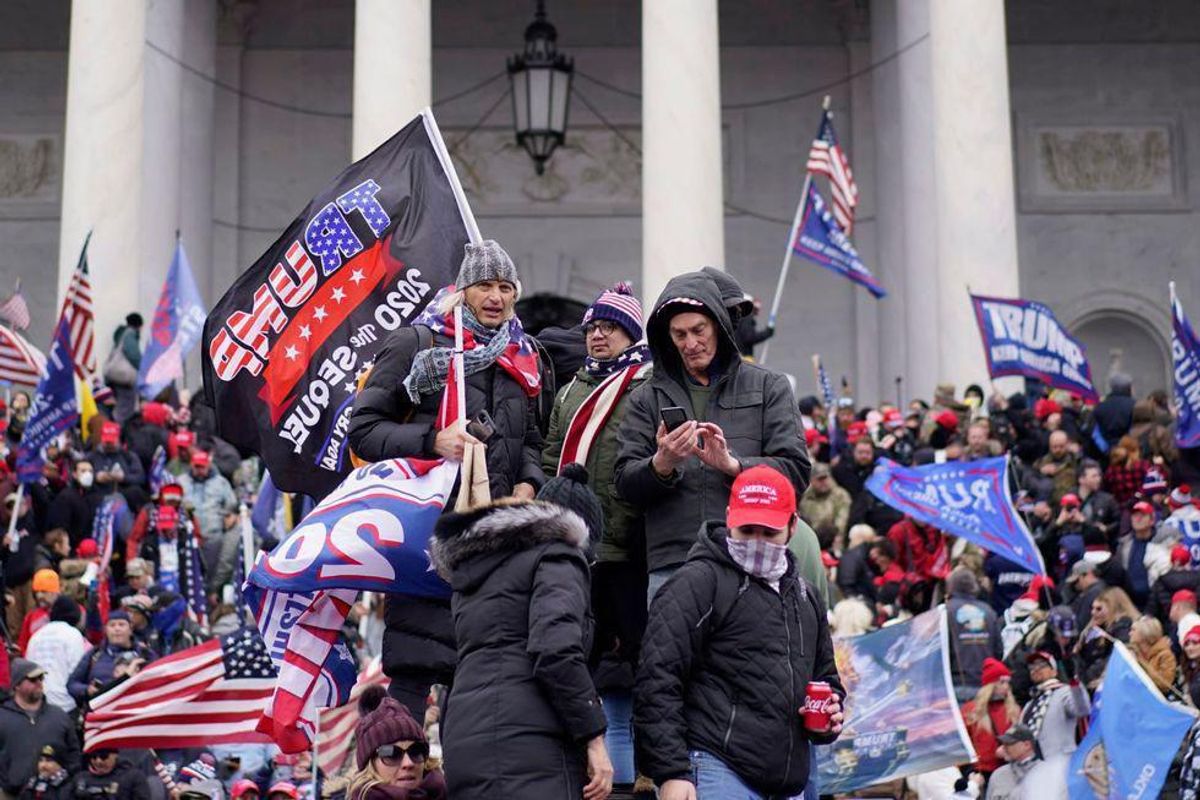 While Slaeker's participation in the riots wasn't very remarkable, the manner in which law enforcement officials discovered him was.

As the complaint explains, Slaeker's mother posted photos that he'd taken from the Capitol on her Facebook page and relayed his descriptions of what he said was going on during the deadly riots.

"They entered the Capitol building -- there is pepper spray going on -- police are shutting down the building now," she said in one post.

Slaeker's mother also tried to claim that the rioters storming the Capitol were largely peaceful, and she said that "[t]he pictures tyler sent of the crowds show normal, middle class, even older crowds" inside the building.

Two people who were friends with Slaeker's mother on Facebook took screen shots of the posts and shared them with law enforcement officials, who proceeded to arrest the alleged MAGA rioter shortly after.