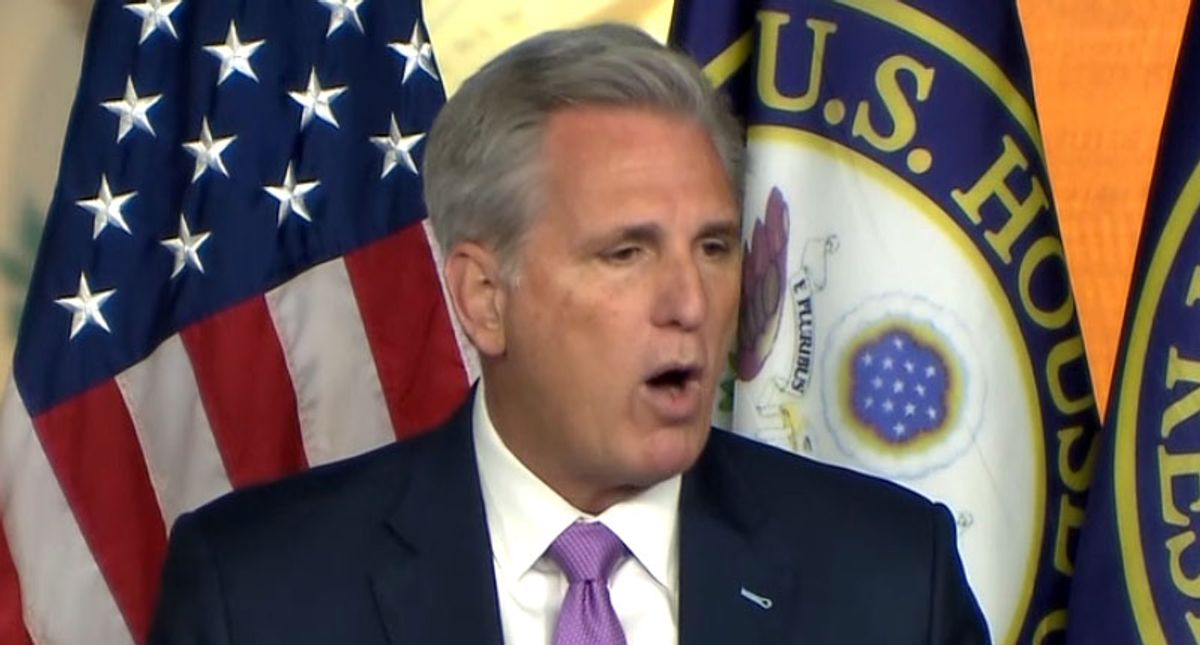 The Republican Party retreat that occurred in Florida over the weekend apparently didn't bring about the party unity that many GOP leaders had hoped for.

Politico reports that Rep. Liz Cheney (R-WY) is still clashing with fellow Republicans over whether to establish a bipartisan commission to investigate the January 6th riots at the United States Capitol building.

While Republican minority leader Kevin McCarthy (R-CA) has endorsed a commission to investigate all kinds of political violence, Cheney tells Politico that a commission is needed solely for the January 6th riots because they were aimed at the peaceful transition of power.

"If we minimize what happened on Jan. 6th and if we appease it, then we will be in a situation where every election cycle, you could potentially have another constitutional crisis," she said. "If you get into a situation where we don't guarantee a peaceful transfer of power, we won't have learned the lessons of Jan. 6."

Cheney added that the Republican Party "can't bury our head in the sand" because "it matters hugely to the survival of the country."

For his part, McCarthy threw subtle jabs at Cheney for remaining outspoken against the former president.

"There's a responsibility, if you're gonna be in leadership, leaders eat last," he told Politico. "And when leaders try to go out, and not work as one team, it creates difficulties."