Specifically, the indictment references a message that Brown posted on Parler ahead of his trip to Washington, D.C., that directly referenced a "Mr. Stone."

"Mr. Stone, this is Jeremy Brown," the post began. "I am headed to D.C. on or about [January 3] in our RV with myself and some others... If you need transportation or Security, we can adjust to pick you up."

Stone, like Brown, lives in Florida and was an organizer for the "Stop the Steal" rally that preceded the Capitol riots.

Stone was given a full pardon by former President Donald Trump late last year after he was convicted in 2019 on multiple counts related to his effort to obstruct special counsel Robert Mueller's investigation into Russian interference in the 2016 presidential election.

See an image of the Parler message below. 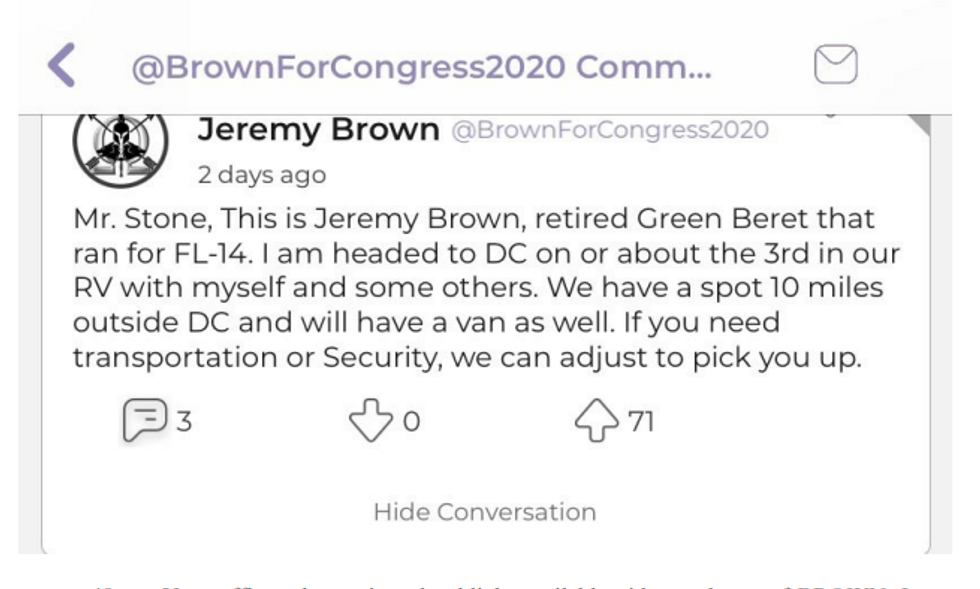