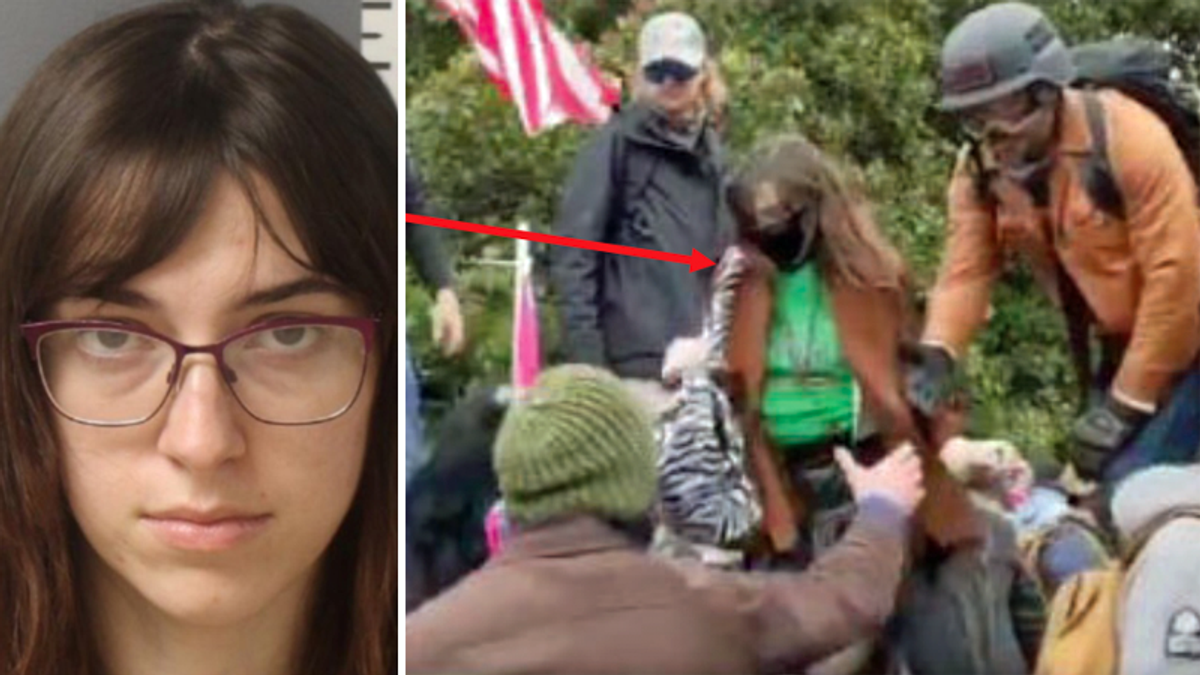 The case against Riley seems to be growing more serious by the moment. Here's how it was reported at Lawandcrime.com:

"The woman alleged to have stolen a laptop from House Speaker Nancy Pelosi's office during the U.S. Capitol insurrection may have encouraged others to destroy evidence while released to her mother's custody, prosecutors claimed in court on Monday.

"Prosecutors previously alleged that Riley June Williams, 22, tried to delete her own social media trail to prevent her identification, but they now believe the cover-up continued after a federal judge in Pennsylvania authorized her release to home confinement.

"After U.S. Magistrate Judge Martin C. Carlson ordered her release less than a week ago, prosecutors claim, Williams "instructed" alleged co-conspirators to do the same. The government is now requesting that the conditions of Williams's release be altered to cut off her internet access and allow investigators to monitor her compliance with that prohibition."

"The revelations might keep Williams on a shorter leash awaiting trial since her transfer from the Middle District of Pennsylvania to the District of D.C., where U.S. Magistrate Judge Zia Faruqui is presiding over her case.

"Commenting on the "extremely troubling" allegations, Faruqui wondered why the government is not seeking Williams's detention again. That question went unanswered before the hearing abruptly ended because of a defense counsel's scheduling conflict.

"In an alarming court document, the FBI quoted a witness alleging that Williams intended to send the computer device to a friend in Russia, who then planned to sell the device to SVR, Russia's foreign intelligence service.

All of that begs the question as to why the government should have been shown so much courtesy to defendants like Williams who participated in an armed insurrection against it. In a piece headlined "The Justice System Is Going Too Easy on the White Insurrectionists," the Nation's Elie Mystal slammed the response to 800 people storming the Capitol causing death and destruction:

"On the day of the putsch, we all witnessed the privilege and restraint that law enforcement extends to white criminals. A few officers have already been placed on leave for appearing to encourage the mob. A single white insurrectionist was shot; had the mob been predominantly Black, we all know the cops would have released tanks, drones, and a barrage of bullets.

"Now, we're seeing that same racist permissiveness from the Department of Justice and the FBI. Riley June Williams, the white woman accused of stealing Nancy Pelosi's laptop during the insurrection, was released last week to the custody of her mother, pending trial. Eric Munchel, the "zip tie guy" who showed up to the Capitol ready to take Congress members hostage, was released on bond after his buddy paid his bail.

"But Emanuel Jackson, pretty much the only Black face anybody has seen breaching the Capitol, will be held in prison until trial.

And then was this from Charles Pierce at Esquire:

"As soon as any of them stepped through a broken door or window at the Capitol, that person committed a criminal act. If some of them get fines and probation, so be it. But they all need to have criminal records, with all the societal sanctions those carry. And worrying about the workloads in the courts is laughably disingenuous in a country that has had no problem with swamping the dockets with bullshit marijuana busts for the past century or so. Just stop it. Charge them all. Try them all. Convict as many as you can. For Christ's sweet sake, these people put themselves on video and posted the videos on the Internet of their committing crimes and threatening the lives of members of Congress and the Vice President of the United States. I'm no Jack McCoy, but I can think of one simple way to keep Riley Williams off the Internet right off the bat."

As a brief comic aside, the bizarre nature of Williams' proceeding was captured at a website called innercitypress.com that had live-tweeted it. It seems Williams' attorney had been distracted by another zoom call from giving Judge Faruqui undivided attention:"

"She has asked to confer with counsel. From Riley Williams amended statement of facts: "WILLIAMS taking a laptop from Speaker Pelosi's office. W1 stated WILLIAMS intended to send the computer device to a friend in Russia, who then planned to sell the device to SVR, Russia's foreign intelligence service."

Now Riley Williams is back - but her lawyer says he has another Zoom call at 3 pm, "can this be continued until tomorrow?"

Judge Faruqui: OK, but can I squeeze the next 8 minutes out of you?

Lawyer: I have to call in, but sure.

Judge Faruqui: Mr Kramer what looks good to you tomorrow?

AUSA: I'm wide open. Judge Faruqui: Let's get it done in the morning, we have more of these in the afternoon. So, 10:30 tomorrow. I have some questions, I'm very concerned. OK, we are adjourned."

Stay tuned, if for no other reason than to see how politely the system will treat the woman who ransacked Pelosi's office intent on selling her computer to Russia.