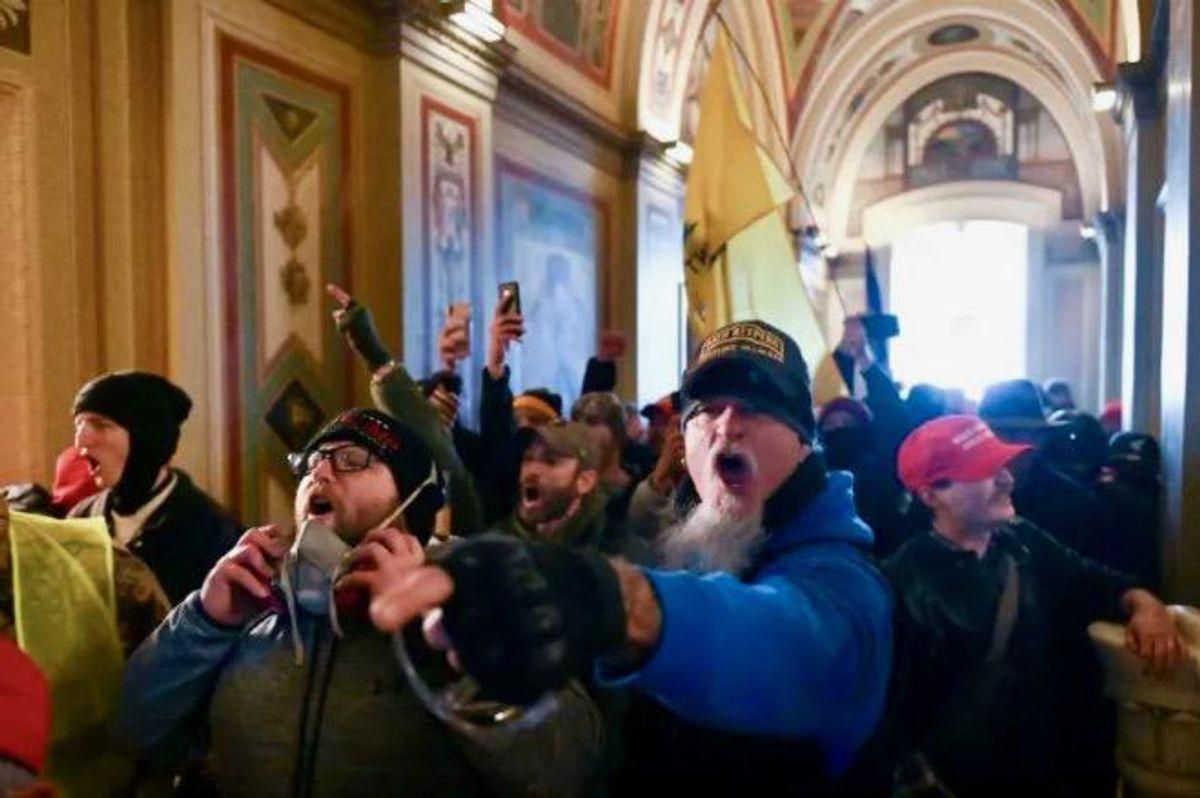 A man currently being held in detention for allegedly storming the United States Capitol building on January 6th is in more trouble after using prison-monitored communications devices to tell his family he was "proud" of his actions.

Via BuzzFeed News' Zoe Tillman, prosecutors are urging the United States Court for the District of Columbia to keep MAGA rioter Ronald Sandlin detained because of messages that contradict his claims in court that he feels deep remorse for his actions.

The prosecutors show that Sandlin, just one day after he described his actions on January 6th as "shameful" during a court hearing, sent a message to a fellow MAGA rioter in which he said he had a "divine destiny" and waxed nostalgically about the fact that "we made history that day and the full implications of our actions [have] yet to be realized."

And just one week before the court hearing in which he expressed remorse, Sandlin sent a message to his mother saying he was "proud to call [the other Capitol riot inmates housed in the D.C. jail] my friends we stood up for what we believed in and sacrificed."

Prosecutors are arguing this shows that Sandlin's expressions of contrition are insincere and are asking the court to keep him in custody until his trial.