A Supreme Court ruling that's right out of the 19th century 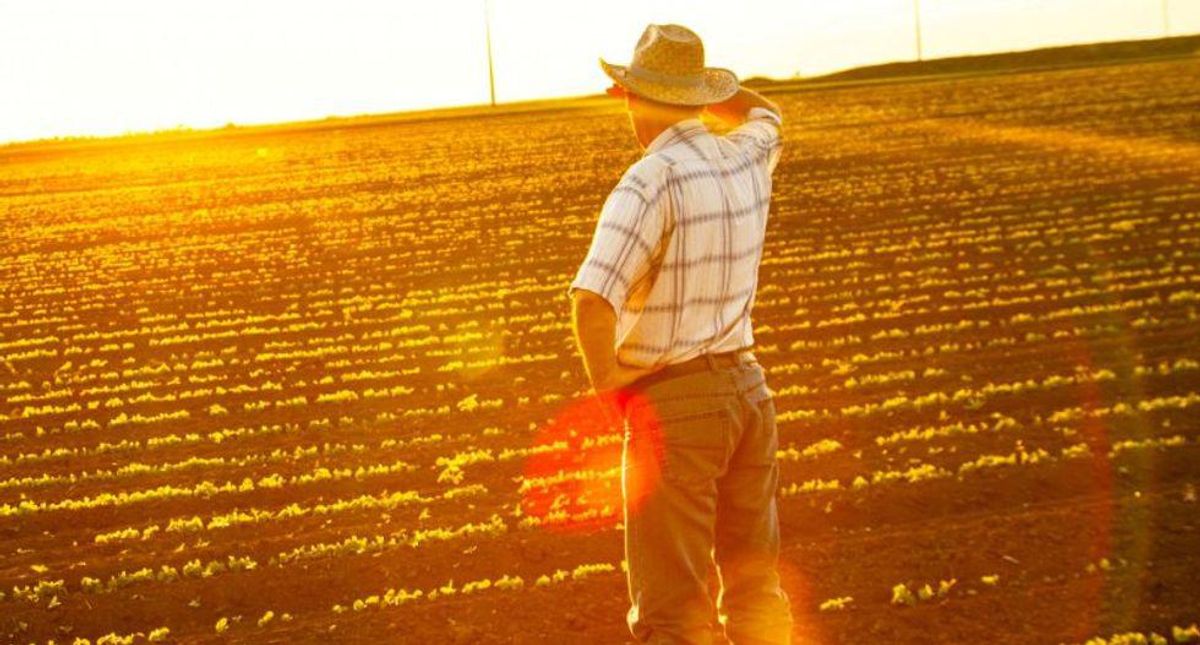 Sitting in their air-conditioned offices with stewards who serve coffee and tea on request, a majority of our Supreme Court justices have come to an awful decision. They ordered an essential class of workers into slave-like isolation—unseen, unheard and unprotected—as they toil in scorching heat harvesting crops.

The justices, exploiting a single incident, turned back the clock on farmworker rights nearly a half-century.

In an under-reported 6-3 decision, the justices drop-kicked the California Agricultural Labor Relations Act of 1975 into the trash bin. That California law gave farmworkers access to labor organizers. The court decision assures farm owners that they once again reign over their employees like plantation owners in the antebellum South, just without bullwhips.

In practical terms, the ruling means that farmworkers cannot access union organizers unless they leave the farm, creating a legal barrier that segregates the workers from the right to organize a union.

Are we going back to an era where only those who own land get to have their voices heard?

The majority ruling ignored human rights, including the right to form a union, and reaffirmed the court majority's view that property rights reign supreme. It furthers the high court's long history of favoring property over people.

Think of this decision as judicial backing for a modern economic version of slavery, just without the right to murder employees or sell them off. Sharecropping after the Civil War was slavery 2.0. Think of this ruling as American slavery 3.0—work without meaningful labor rights.

Just what did this California law do that required striking it down as unconstitutional? It allowed union organizers to walk onto farms to talk with workers during the hours they are not toiling in the fields. These visits by union organizers were limited to 120 days per year, each for no more than three hours.

A Visit During Working Hours

The case arose after an incident when some labor organizers met with workers during work hours, causing a ruckus in which some of the laborers walked out. Throwing out the California law over this incident would be akin to the high court invalidating stoplight traffic laws because one driver ran a red light.

Migrant farmworkers, like slaves and sharecroppers, often reside in temporary housing on the farm owner's land. Recognizing that, California gave union organizers access to workers during their off-hours.

But the court conservatives' have now effectively barred unions from approaching workers at all as long as they are on the owner's property. Assuring access to workers, the majority said, is a "taking" of the owners' property rights, which our Constitution allows only with "just compensation" to property owners.

Up to now, the Constitution's prohibition on uncompensated "takings" was limited to government acquiring private property for uses such as highways, public buildings or, in some instances, new private developments with government support. But assuring mere access to private property was not considered an unconstitutional taking.

The ruling harkens back to antebellum days. Chief Justice John Roberts Jr., who wrote the opinion, is the current champion of oppressive property owners who want to grow more prosperous by ensuring employees don't get paid fairly or have safe working conditions. Achieving those exploitive goals becomes difficult if farmworkers form unions to argue for their rights.

Justice Stephen Breyer, in dissent, pointed to a fundamental legal problem with the idea that letting union organizers walk onto farmland to meet with laborers when they are not picking crops is what our Constitution's Fifth Amendment calls a "taking" of property.

"The Takings Clause prohibits the Government from taking private property for public use without 'just compensation,'" Breyer noted. "But the employers do not seek compensation."

Witt sees the bias in the way Chief Justice Roberts framed the high court ruling. "What about [farmworkers'] property rights?" the reverend said. "If they're living on the farm, don't their property rights count?

Rural and Migrant Ministries is a non-profit interfaith organization advocating for the working poor and disenfranchised in New York State since the 1970s.

As soon as the court issued its ruling, Witt says, his ministry encountered newly posted "No Trespassing" signs on farms across New York State.

"Employers can control who can come and see" farmworkers, he said. "Are we going back to an era where only those who own land get to have their voices heard?"

Even at its most militant and anti-capitalist, the American Labor Movement has never been able to secure the same hard-fought rights and protections for farmworkers that other workers won through decades of struggle.

In 1935, persistent collective action from below forced President Franklin D. Roosevelt to get behind the National Labor Relations Act, which granted collective bargaining rights for workers.

But the bosses, albeit a little bruised, held onto enough sway to exclude farmworkers from that law. The exclusion is a solid example of structural racism since many, if not most, field hands are Black and Brown people.

The exclusions — fueled by Jim Crow racism and the desire of many business owners to ensure a permanent underclass of cheap labor — continue to this day in federal law. The result of this is virtually universal abuse of farmworkers, including violent attacks, sexual assault and an entrenched sub-minimum wage.

These awful conditions amount to an economic extension of slaveholder rights, just without the legal right to sell off farmhands. The result of this has been shortened lives and needless misery.

According to labor activists in New York, Covid has infected more than 13,000 farmworkers nationwide. The death toll? Unknown because our governments pay so little attention to the essential workers who harvest the food we eat.

The pandemic had the unexpected effect of bringing the plight of farmworkers to public attention and brought widespread acclaim for their labor during the shutdowns.

But little has been done to remedy this enduring American evil of exploiting farmworkers. Now our Supreme Court has struck a blow against decency and fairness.

Farmworkers were among the majority of American workers left out of enforceable Covid safety measures that the Biden administration announced in June.

The 1975 California law that the high court struck down grew from 40 years of work on behalf of California farmworkers by the determined labor activist Cesar Chavez and the United Farmworkers Union he founded. The collective bargaining rights the UFW won applied only in the Golden State.

Zippy Duvall, president of the Farm Bureau, said the organization "appreciates the U.S. Supreme Court for reaffirming private property rights, which are foundational to our nation and critical to ensuring secure and well-managed farms. We hope this decision sends a message to state regulators that it's simply wrong to give outsiders access to farms, where families live and work hard to safeguard their animals and harvests."

"We definitely think this is an anti-worker ruling," Franks recently said. "But it also goes beyond that. Chief Justice [John] Roberts redefined the 5th Amendment 'taking clause.' What if there were a health and safety violation? Would that mean they would be denied entrance to check on worker safety? This makes life harder for many workers."

AFL-CIO President Richard Trumka also took issue with the view that farmworkers' fundamental right to organize at the location where they work constitutes an unconstitutional "taking of their employers' property.

"As the state of California recognized more than 45 years ago, meeting with the union during off-hours at their workplace is the only practical way for workers to organize when they must regularly move from farm to farm throughout the growing season," Trumka said.

Bruce Goldstein, president of Farmworker Justice, a national advocacy organization for farmworkers based in Washington, D.C., believes Roberts wrote so broadly that the ruling invites employers to test its limits.

"The court says it's not much of an issue — but given the breadth of their opinion, it's difficult to understand what the limits are on the power of the employer to limit anyone coming onto their property," he says.

That is what Witt worries about because the high court ruling seems to have First Amendment implications in the free exercise of religion.

Suzanne Adely, co-director of the Food Chain Workers Alliance, thinks farm owners and other property owners will take an extreme view of how much the ruling limits access to workers. The alliance is a coalition of 31 worker-based organizations advocating for more than 3750,000 food workers in the United States and Canada. Adely fears that the ruling set a corrosive precedent.

"Employers say they are not going to that extent — but that won't matter much if conservatives in the future try to utilize this ruling for their case. It's utterly anti-union and anti-democratic. Globally speaking, a lot of countries around the world would consider this to be shocking."