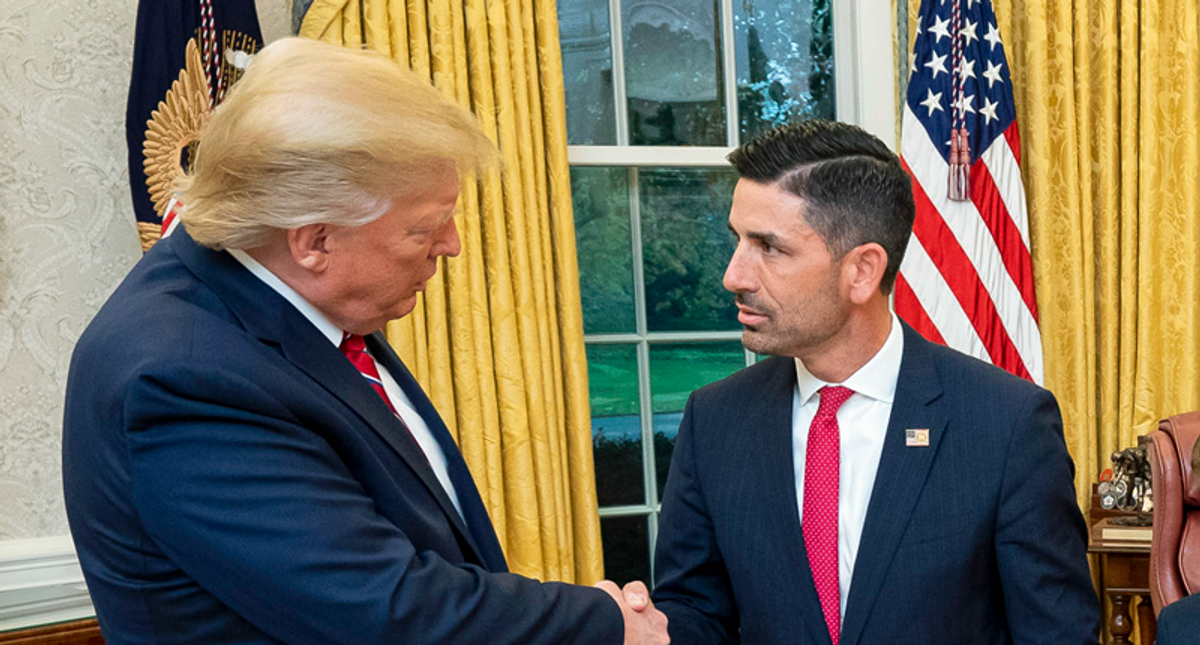 Former Capitol Police Chief Steve Sund called it "a clear lack of accurate and complete intelligence across several federal agencies contribute to this event and not poor planning by the United States Capitol Police."

"So, let's unpack that a little bit," said Brown. "What you're saying is that DHS did everything right. You told ABC News after the fact that you knew of the threat, that up to 35,000 people were coming to the district. You also said in this report from October that domestic violent extremists pose a significant threat that, 'probably will depend on political or social issues.' In this case, they were broadcasting in chat rooms what they were going to do ahead of time. So, why wasn't more done by DHS? What can be learned from this by the department? Of course, law enforcement agencies are going back to scrutinize. But what about DHS?"

Wolf claimed that the intelligence he got was "general" and said that there would be a large group of people, likely counter-protests and that they geared up in anticipation.

"So, we knew what was coming," Wolf said after claiming there was no intelligence that people would storm the Capitol. "This idea that you didn't have any idea of the magnitude of the event is just a false narrative out there. Again, it's why we surged in individuals, DHS law enforcement and why we had National Guard on standby. They were deployed elsewhere in the city for a variety of different reasons. And whether or not the Capitol Police had enough officers I think that, again, will be part of the investigation."

He went on to repeat that the Capitol Police appeared to be the ones not to have a plan to defend the Capitol.

That's where Brown pointed that Wolf appeared to be trying to give two contrasting statements.

"Just help me understand this a little bit, you point out, look, we didn't have anything specific, hey, we're going to storm the Capitol, but you did say there was a failure of imagination. And that, I imagine, would be shared by all law enforcement. But at the same time, we'd seen examples in Michigan when armed protesters had stormed the statehouse and tried to go on the floor and so forth. You had told ABC that after the riot that you knew of the threat and had planned for the worst. But the Wall Street Journal obtained a DHS intelligence national summary from Jan. 5th that said, 'Nothing significant to report.' The FBI, on the other hand, its Norfolk field office shared a bulletin there was concerning chatter extremists were planning to travel to Washington to commit violence and war. How is that not a massive law enforcement and intelligence failure?"

He claimed that they were doing calls with local law enforcement planning for Jan. 6. It's unclear if the Capitol Police were invited to those calls or on those calls.

One minute Wolf claimed the intelligence they had wasn't enough, the next he said "we knew what was coming," and then finally he said that they failed to imagine what would happen.