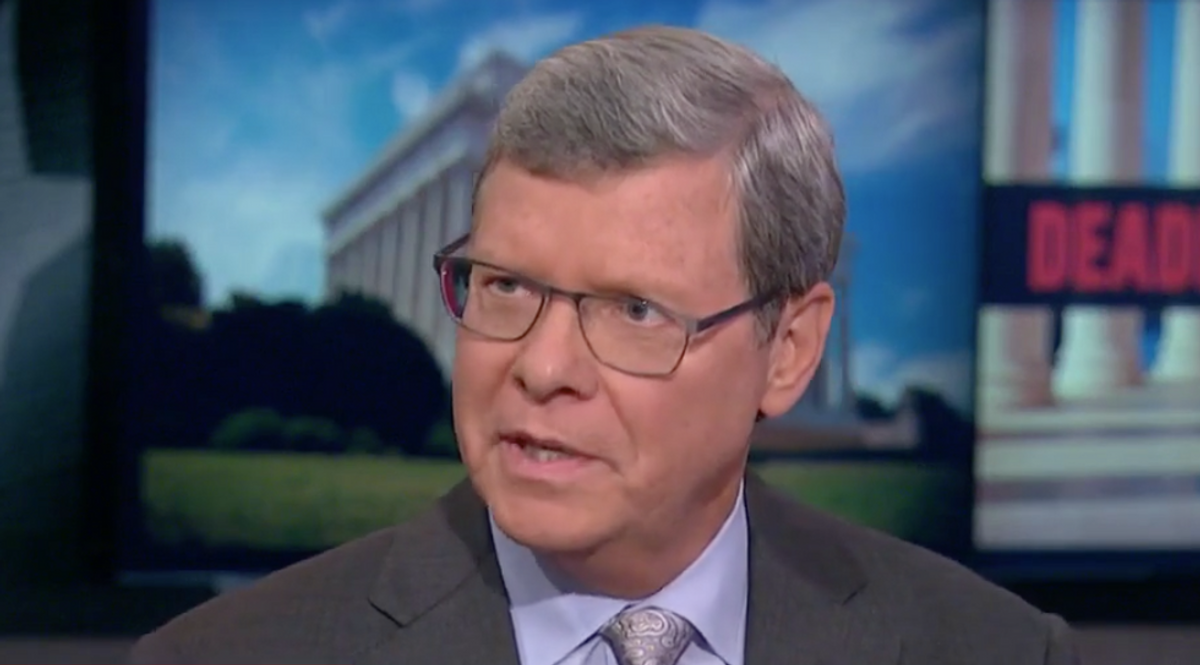 On Monday, Sykes appeared on MSNBC to talk about his recent op-ed advising "never-Trump" Republicans that it is "time to say goodbye" to their party.

Sykes said that he respected Republicans like Rep. Liz Cheney (R-WY) and Rep. Adam Kinzinger (R-IL) for their well-intentioned efforts to save the "soul" of the GOP.

"I think it's incredibly naive to think that there's actually a chance to salvage the party," Sykes explained. "They wrote a piece in the Washington Post last week saying the ouster of Liz Cheney doesn't mean the fight is over. The fight for the soul of the Republican Party is just beginning. Well, that's just wrong."

"The war is over," he continued. "The conspiracy theorists, the cranks, the bigots have won. And I just think as a matter of reality, we need to understand that."

Sykes noted that Trump's "big lie" about the 2020 election had become a litmus test for Republicans.