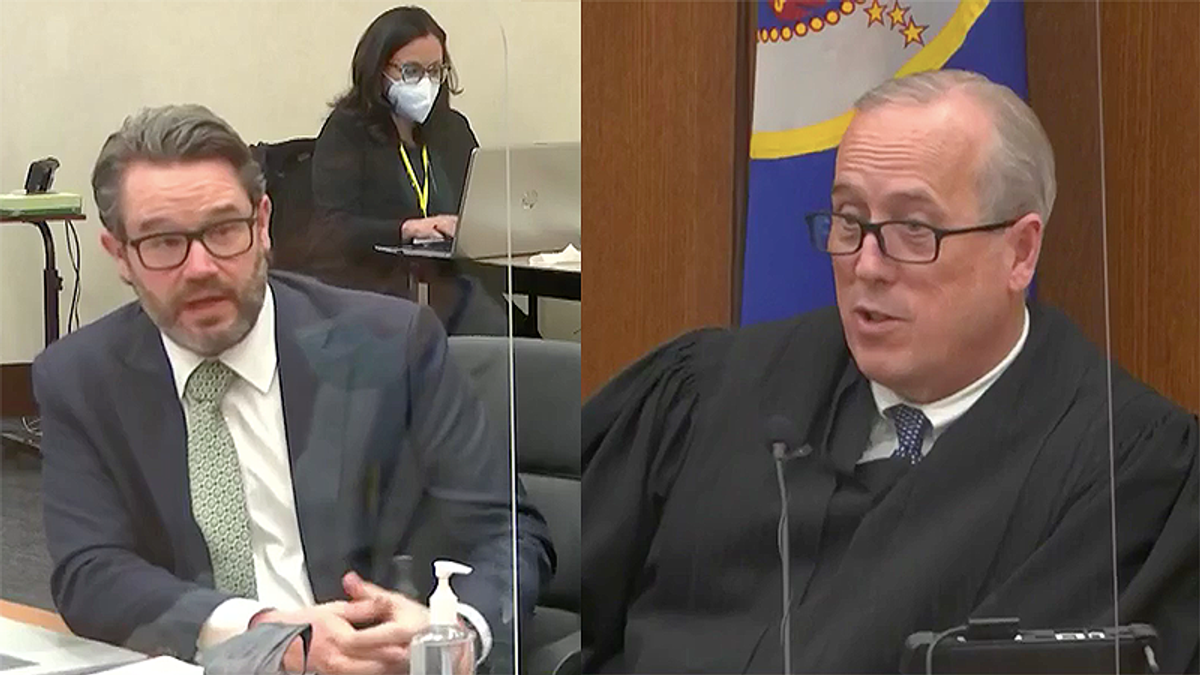 "Your honor, I do believe that it constitutes prosecutorial misconduct and is potentially basis for a grounds for a mistrial," said Nelson.

"That, I think, the use of the word 'nonsense' is what you're talking about originally?" asked Judge Cahill.

"Originally, your honor, but then in rebuttal, there were repeated comments about how we were -- and implications that we were -- that we were shading, was one example, that we were creating Halloween stories was another example. That these were stories and that was a repeated comment, stated that we misrepresented facts and put words into Dr. Baker's mouth. That we made several statements that they put forth as stories after the court instructed him to use the -- stop using the word 'stories,' he clarified that it's just fabricated facts, and so there were multiple references to that, that we were shading the truth. And again, so, multiple objections."

The judge dismissed the objections because the defense objected during the losing statements and Judge Cahill sustained the objection and asked the jury to disregard the characterizations.

Nelson went on to complain that the jury was never sequestered and were exposed to more examples of police shooting unarmed people of color, including the shooting of Daunte Wright less than ten miles from the courtroom. One juror, Nelson said, lives in Brooklyn Center, and was likely exposed to the news about what was going on, despite requests by the judge not to watch the news.

The judge dismissed it as well, saying that for the last several days of the trial he'd asked jurors not to watch the news.

Nelson then went on to attack Rep. Maxine Waters (D-CA) as another reason that the trial should be retried.

Chauvin lawyer whines about everything www.youtube.com