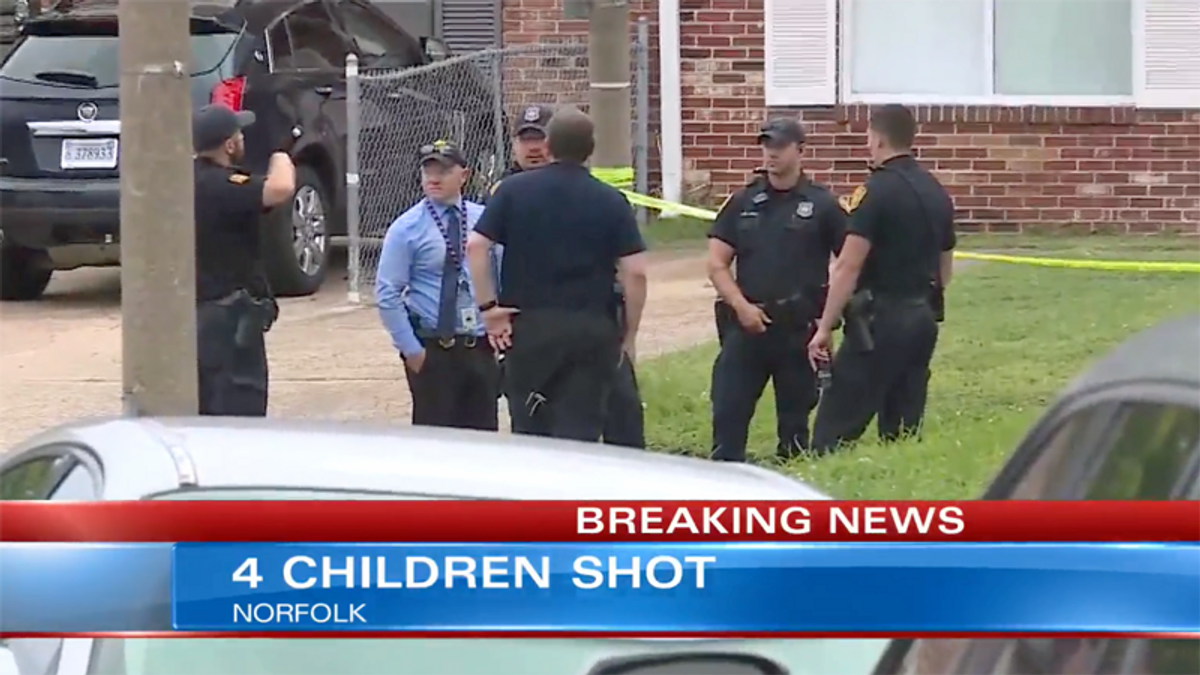 Police in Norfolk, Virginia announced on Friday that four juveniles were shot following an altercation.

A 16-year-old boy was shot in the jaw and his 14-year-old brother was reported shot in his hand.

"Norfolk Police Chief Larry Boone told 10 On Your Side's Jason Marks that none of the children have life-threatening injuries," the network reported. "Chief Boone said they believe they know who fired the shots and he hopes to have the person in custody soon."