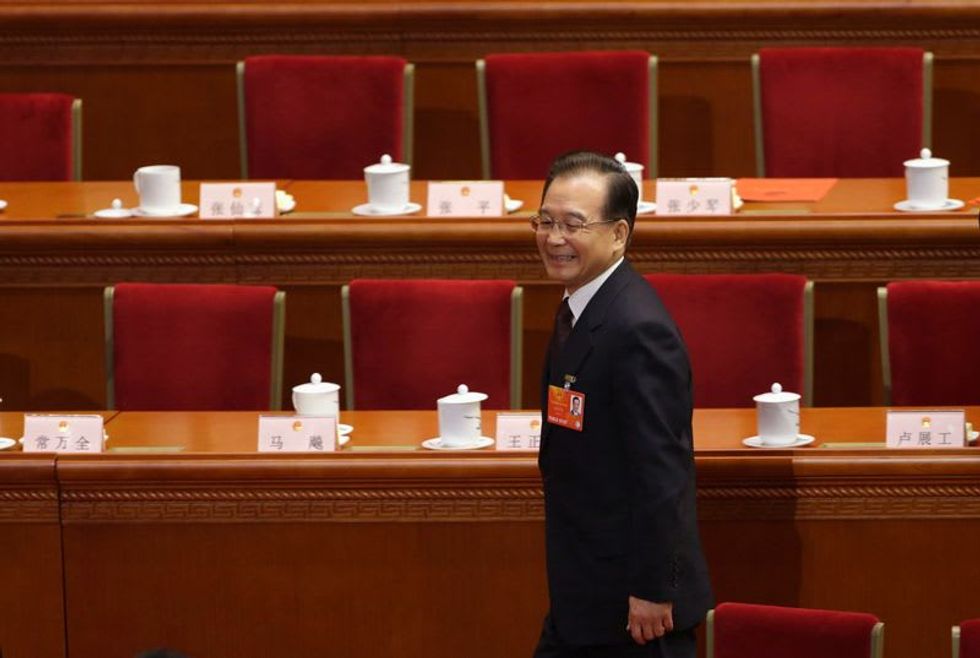 BEIJING (Reuters) - China's internet companies have blocked users from sharing a lengthy article written by former Premier Wen Jiabao in tribute to his late mother, in an unexplained act of censorship against a senior member of the ruling Communist Party.

The obituary-style article written by Wen about his mother, who died recently, appeared in a small weekly newspaper called the Macau Herald on Friday and was posted on a public account on Chinese chat app WeChat on Saturday, but was swiftly restricted.

The heartfelt tribute includes details of Wen's mother's struggle during periods of upheaval in China, including the second Sino-Japanese War and the political purges of the Cultural Revolution.

"In my mind, China should be a country full of fairness and justice, always with a respect for the will of the people, humanity, and human nature," said Wen's article, which did not directly discuss China's current political environment.

China's ruling Communist Party (CCP) has recently sought to tighten control over how netizens discuss history on the country's heavily controlled internet, in the run-up to the 100th anniversary of the party's founding, in July.

Last week, an arm of China's cyber regulator launched a hotline for netizens to report "illegal" comments that "distorted" the Party's historical achievements and attacked the country's leadership.

When users tried to share Wen's article, a notice appeared saying that the content went against WeChat's regulations and could not be shared, a common censorship measure in China that is one step below purging articles completely.

It was unclear which part of the article may have triggered the restrictions.

On Weibo, the Chinese social media site similar to Twitter, there was scant mention of the article, and comments and sharing functions had been disabled. Links to articles on Wen's tribute posted on Weibo returned "404" messages on Tuesday morning, indicating they had been deleted.

Former Chinese leaders and high-profile politicians rarely cultivate public personas or share detailed biographical information in their retirement, and are expected to slip gracefully from the limelight upon stepping down.

Since assuming power in 2012, Xi Jinping's signature policies have been cemented in the party constitution and term limits abolished, putting him almost on par with Communist China's founder Mao Zedong in the pantheon of its leaders.

Wen, who served as premier under former Chinese leader Hu Jintao and remains a senior party member, was a leading figure behind the country's economic policies in the 2000s, and left office in 2013 when he was succeeded by current Premier Li Keqiang.