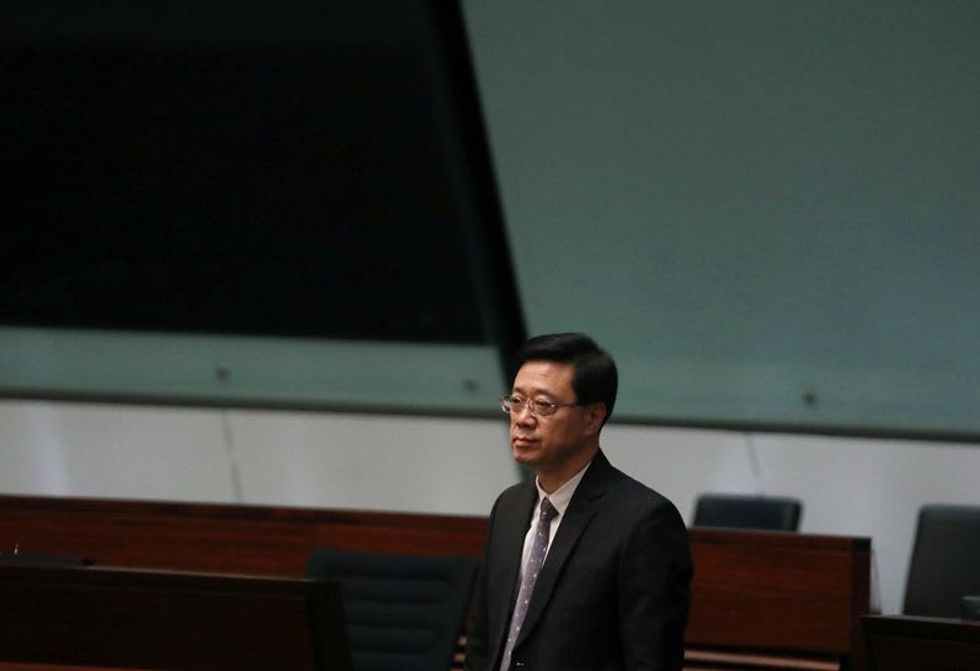 The elevation of Lee, 63, a former police deputy commissioner, to chief secretary is the first time a security specialist has taken on the number two position in the territory since Hong Kong's handover from British to Chinese rule in 1997.

Other former chief secretaries have had extensive economic and social policy-making expertise.

"They have had distinguished performance in the government over the years and possess proven leadership skills," Chief Executive Carrie Lam, Hong Kong's leader, said in a statement. "I am confident that they are competent for their new posts and would rise to the challenges in serving the community."

Beijing's imposition of a sweeping national security law in Hong Kong in June 2020 has put China's freest city on an authoritarian trajectory, with mass arrests of democratic campaigners, curbs on public assemblies and free speech.

The reshuffle could further empower security officials, critics say, who have faithfully implemented Beijing's new security regimen to strengthen control and clamp down on freedoms in the former British colony after mass pro-democracy protests in 2019.

"The promotion of John Lee and Chris Tang completes the swift and total transformation of Hong Kong into a police state," said Samuel Chu of the Hong Kong Democracy Council.

Lam and Lee are expected to travel to Beijing for the Chinese Communist Party's centenary celebrations next week, local media reported.

Lee and Tang, 55, were among 11 Hong Kong and Chinese officials sanctioned by the U.S. government last August for undermining Hong Kong’s autonomy and democratic processes after the enactment of the national security law.

Lam told reporters on Friday the changes would lay down a "good base" for a government transition next year when her current term ends.

Lee holds a degree from Charles Sturt University in Australia, and joined the Hong Kong Police in 1977, rising to become deputy commissioner, according to a government statement.

He played a key role in trying to implement a contentious proposed extradition law in 2019 that divided Hong Kong society and triggered the mass protests. That legislation was eventually scrapped amid widespread public calls for Lee to quit.

Known for his hawkish stance, Lee had spearheaded the city’s disciplinary forces, including the police, in the national security crackdown.

That clampdown has seen mass arrests of democratic activists and politicians, and a freeze on the assets of the pro-democracy Apple Daily newspaper on national security grounds that led to its abrupt closure this week.

One source who has worked with Lee said he is resolute, earnest and efficient but, as a career police officer, "doesn't have a natural feel for the politics of a highly-polarised Hong Kong."