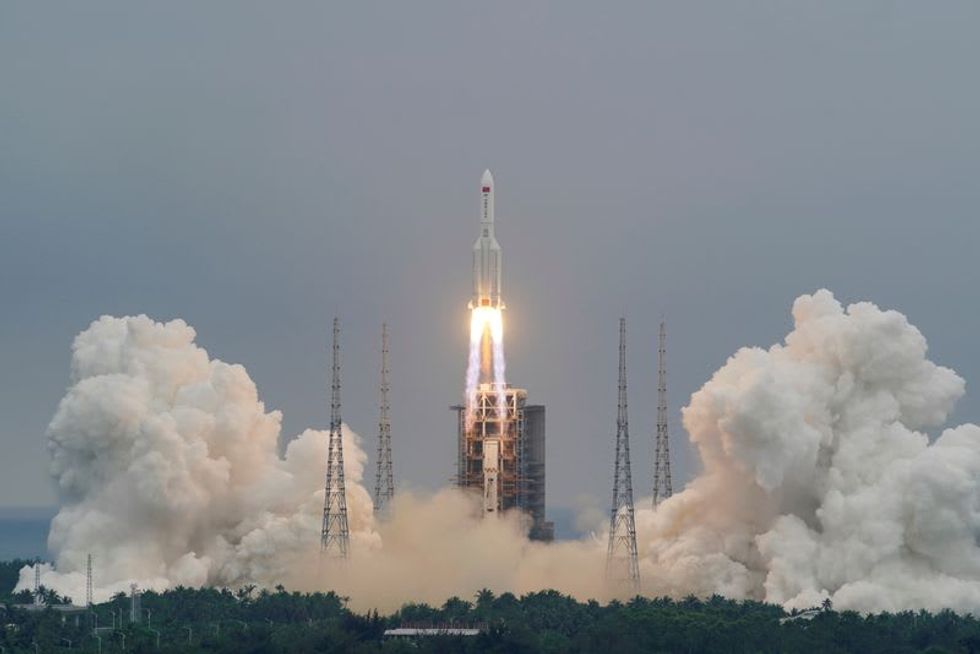 BEIJING (Reuters) - Remnants of China's biggest rocket landed in the Indian Ocean on Sunday, with the bulk of its components destroyed upon re-entry into the Earth's atmosphere, according to Chinese state media.

Parts of the Long March 5B rocket re-entered the atmosphere at 10:24 a.m. Beijing time (0224 GMT) and landed at a location with the coordinates at longitude 72.47 degrees east and latitude 2.65 degrees north, Chinese state media cited the China Manned Space Engineering Office as saying.

The coordinates put the point of impact in the ocean somewhere southwest of India and Sri Lanka.

Most of the debris was burnt up in the atmosphere, it said.