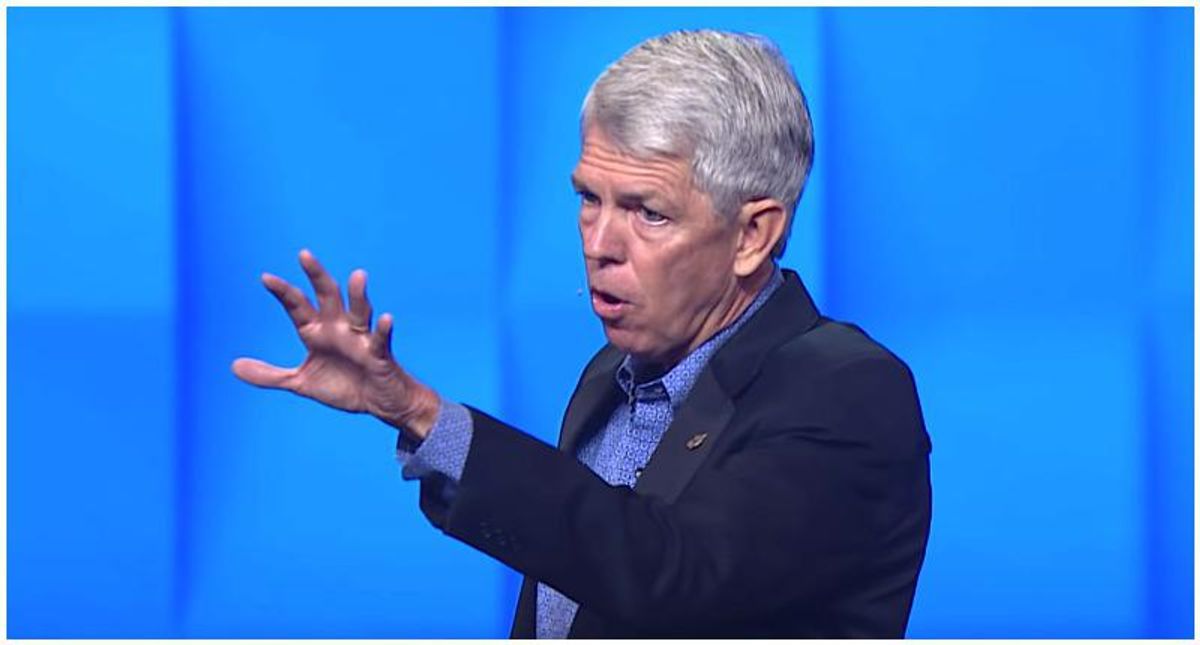 Speaking on The Victory Channel this Wednesday, right-wing pastor and self-proclaimed "historian" David Barton praised legislation recently passed by Hungary's National Assembly, which bans portrayals of LGBT people to those under 18-years-old.

According to Barton, an influential figure in the evangelical movement, Hungary is a former Soviet bloc nation "that we would describe as very young Christian nations."

"They're heavily Christian, heavily influenced by Christian teaching values," Barton said in a video flagged by Right Wing Watch. "You have Hungary, you have the Czech Republic, you have Romania, you have Ukraine, and you have Poland, and they are trying to have their policy line up with traditional biblical values. They believe that God will bless their nation if they do those things."

Barton praised Hungary, saying that "most American Christians" wouldn't have publicly supported the legislation "because we're so scared of getting beat up on by media and others."

"But that is a biblically correct position that you have; there are moral rights and wrongs and sexuality, and those are five nations in Eastern Europe that have been trying to uphold biblical standards on morality, and good for them."