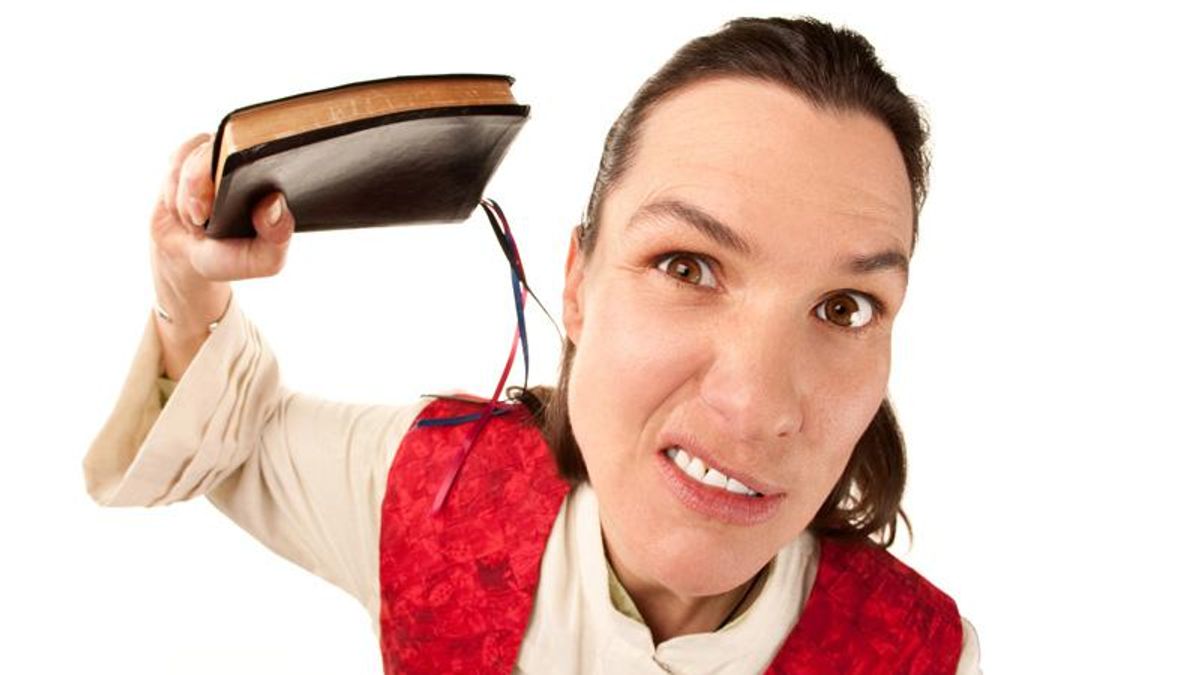 A Christian woman was caught on camera recently freaking out two young boys after she tried to convert them while they were eating a meal at a restaurant and mistakenly assuming they were gay.

A video posted on TikTok this week shows the two boys trying to eat at a restaurant before being accosted by a woman who started asking them questions such as whether they go to church or if they know how to get into Heaven.

"I know, I know," the woman replies. "I just see you guys and you guys aren't, like, girlfriends, are you?"

"But if it was, it's genuinely none of your business," the boy says.

"You're right, you're right," the woman says defensively. "But I just want to let you guys know because they don't teach you young kids about God anymore and it's just not the right way to live!"

The boy tells the woman that he's disturbed that she came "out of nowhere" to ask them if they were gay, and the woman replies that God instructed her to come talk to them.

@kalessh here's the vid with the captions for those who wanted it. ##fypシ ##foryou @defnotjordanjames
♬ original sound - Kaiden🏳️⚧️