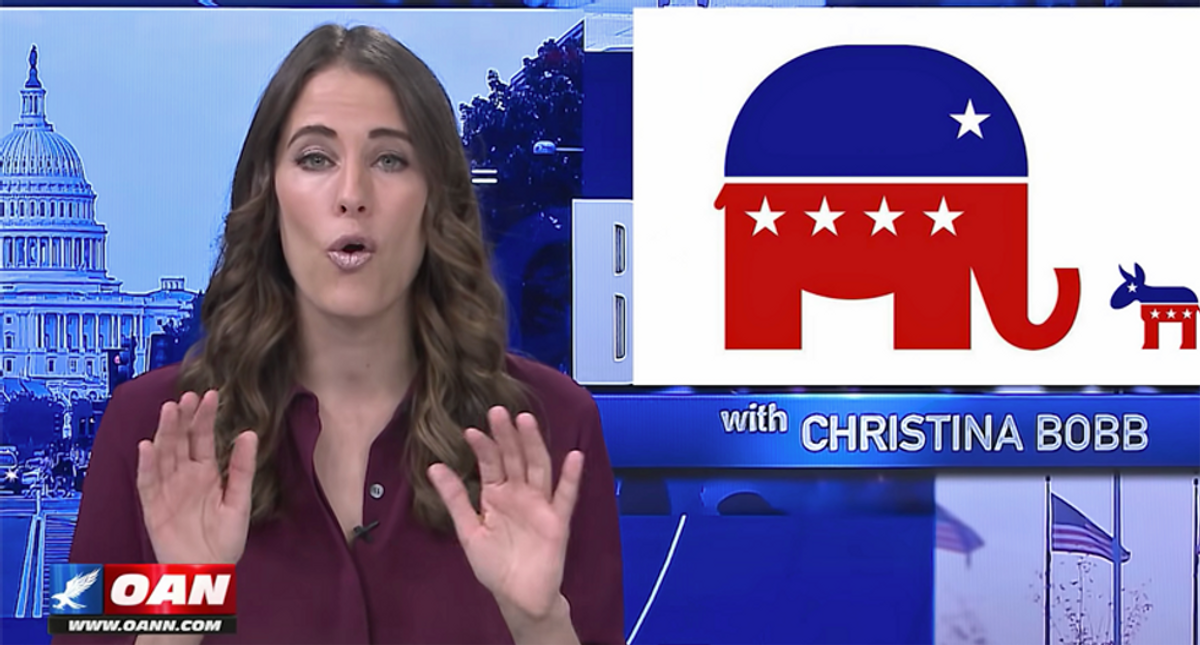 Following the Jones gaggle, Fifield approached Bobb and asked, "Why didn't you say anything?" regarding the OAN host's own participation in GOP fundraising efforts.

"Go talk to your peers who do this to me every f**king day. I don't care," Bobb fired back.

That clash caught the ire of other journalists on Twitter, who defended Fifield and criticized Bobb's breach of professional behavior.

Neither Bobb nor OAN returned Salon's requests for comment.

In addition to her work with OAN, Bobb, a former Trump administration official, also leads a group called Voices and Votes, as Salon's Jon Skolnik writes, which raises money to support the audit:

Back in April, Bobb tweeted that Voices for Votes had set out to pump $150,000 into the recount effort in Arizona. Bobb told Buzzfeed that the dark money group is in no way connected to the news network, though the network and Bobb herself have repeatedly bandied false claims of election fraud.

Bobb has not only raised funds to support the Arizona audit, the OAN "Weekly Briefing" host has also reportedly passed information to the Republican Arizona Senate president to help advance GOP interests.

Bobb has not hidden her fundraising activity. In early April, she wrote on Twitter: "This audit is crucial to know the truth about 2020. $5, $10, $20 will help the AZ senate finally complete the audit. Donate today! And thank you for fighting with us!"

When asked if Fifield thinks there's now bad blood between her and Bobb, the newspaper reporter believes it's possibly nothing more than a "misunderstanding."

"I think she misunderstood me as asking her to stand up for me. I think that's what happened," the Arizona Republic reporter told Salon. "I wish that exchange didn't go the way that it did."

Arizona Republic staffers took to Twitter in a show of support for their fellow journalist in the field.

"Jen Fifield is one of the nicest, most polite, and most ethical journalists you will ever meet. She also is no pushover. She asks reasonable questions until she finds the truth. Anyone who can't handle that must have something to hide," Sanders told Salon. "No journalist deserves to be abused, cussed out, or threatened for doing their job. Our democracy is in debt to every local reporter providing accurate information about efforts to influence free and fair elections. It's disturbing and foreboding for our country's freedom that attacks on legitimate journalists are escalating and even celebrated among a small group of people."

"Jen is a dogged and well-respected journalist who has done an incredible job keeping the public informed about issues at the heart of our democracy," the Arizona Republic Guild stated. "She should not be attacked for doing her job. Nor should she apologize. We stand with Jen and all our reporters who seek to report the truth equitably and honestly."