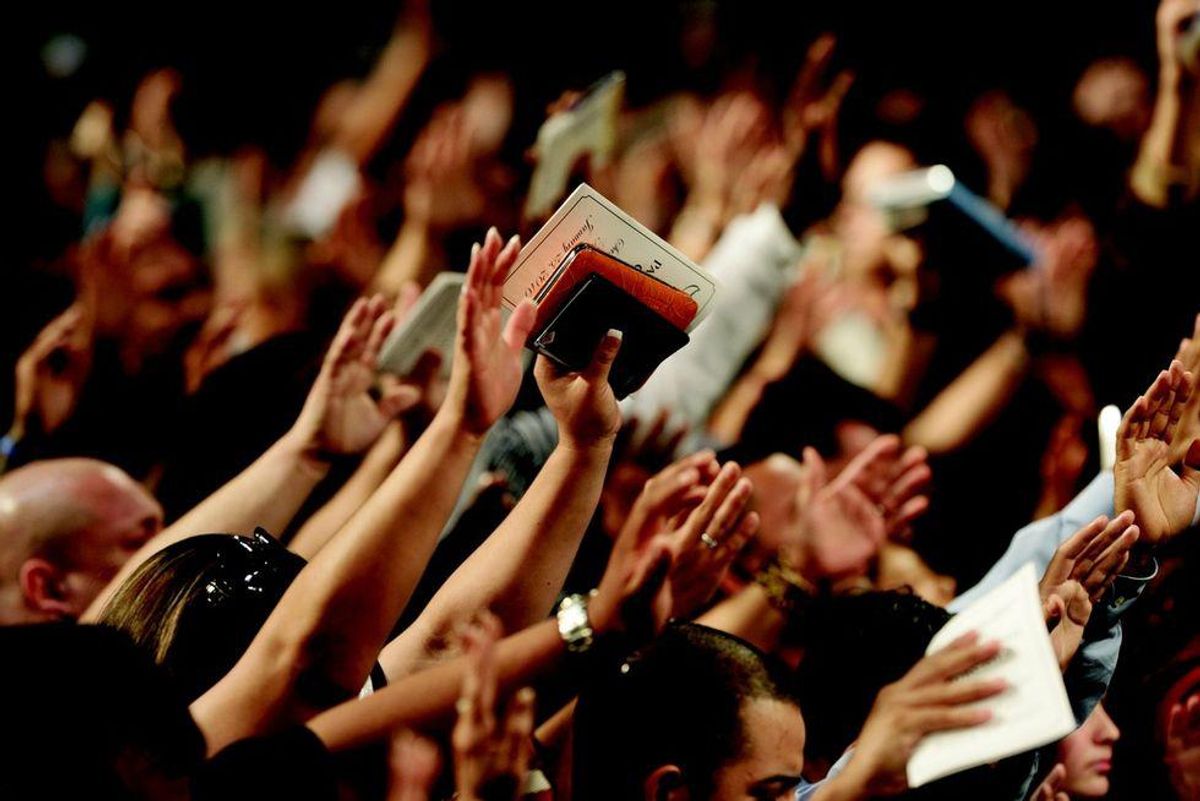 For the first time in the United States, church attendance has dropped below 50 percent, Gallup revealed Monday.

It's a warning that was issued when evangelical churches began loudly pushing far-right policies and supporting Republican candidates. While there are progressive and non-partisan churches that have risen above the fray, many of the loudest voices have been those promoting conservative policies.

"U.S. church membership was 73 percent when Gallup first measured it in 1937 and remained near 70 percent for the next six decades, before beginning a steady decline around the turn of the 21st century," the report said.

Twice each year, the survey asks Americans a series of questions about their faith and attitudes about religion and their practices.

"The decline in church membership is primarily a function of the increasing number of Americans who express no religious preference," said the report. "Over the past two decades, the percentage of Americans who do not identify with any religion has grown from 8 percent in 1998-2000 to 13 percent in 2008-2010 and 21 percent over the past three years."

The report showed that the dramatic increase in people who indicate they have "no religious affiliation" spiked 13 percent, which led to a 20 percent decline in church attendance.

A generational difference in religious participation is part of the decline as well. Millennials and Generation Z came of age during an era of anti-LGBTQ hate from religious institutions. Those generations are 30 percent less likely to belong to a church than Generation X and Baby Boomers.

"Still, population replacement doesn't fully explain the decline in church membership, as adults in the older generations have shown roughly double-digit decreases from two decades ago," Gallup said. "Church membership is down even more, 15 points, in the past decade among millennials."

The problem isn't an exclusively evangelical Protestants or non-denominational problem either. Catholics are attending church in fewer numbers (18 percent).

Read the full report at Gallup.