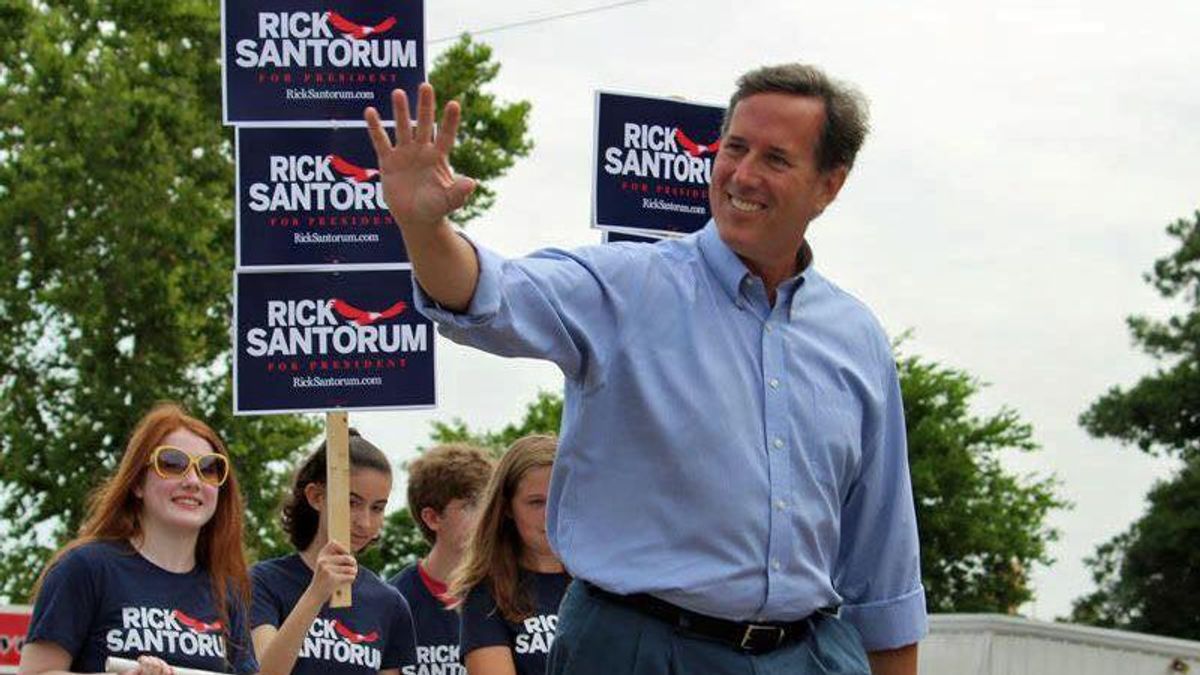 Rick Santorum was widely considered to be a joke after he was ousted from the U.S. Senate after serving two terms. But for some inexplicable reason, CNN hired the disgraced former politician as a political commenter.

That mistake blew up in the faces of the network as Santorum repeatedly embarrassed the network with his shocking perspectives.

After reports that CNN finally fired Santorum for racism, there was a great deal of public commentary on CNN's blunder of hiring him in the first place, considering he was widely despised as a notorious bigot.

"Leadership wasn’t particularly satisfied with that appearance. None of the anchors wanted to book him,” this CNN s… https://t.co/kpw6x7yB6p
— Jennifer Bendery (@Jennifer Bendery) 1621707206.0

But they were okay with him spending years attacking same-sex families as comparable to man-on-dog intercourse.
— Joshua Israel (@jeisrael) May 22, 2021

Never should have been hired to begin with so @CNN gets zero credit for firing. If CNN was any good at this journalising thing they would have know he was a racist long before they hired him.
— Ann *WearADamnMask*GetTheVaccine* Ryan (@Ann123abc456xyz) May 22, 2021

FINALLY. why did they even hire that hack to begin with? Not that i even have cable to watch cnn but still. He lost his re-election by (at the time) the largest margin of defeat ever for an incumbent, who care what he has to say about anything?
— Communist Sailor Moon 🇬🇹🌙 (@stealyoredbull) May 22, 2021

It's about time they ended the Santorum charade
— Mark Follman (@markfollman) May 22, 2021

This is the problem with fetishizing "both-sides-ism" instead of just pursuing truth above all else (which will of course include good faith disagreements at times), CNN's been giving a platform to this cretin for, what, a decade? Disturbing, bit not surprising in the least.
— ☮️(((Michael Welch)))💙 (@MichaelWelchAct) May 22, 2021

They'll probably replace him with Stephen Miller.
— Covidiocracy (@ampersine) May 22, 2021

Too little far too late, @CNN . This is not the FIRST time that they have fired one of their very far-right pundits. This is why I stopped watching CNN in mid-2015. Their idea of "fair and balanced" is to hire radicalized right pundits. No thanks.
— Alison Rhodes is not a bot. 🌊 (@AlisonR61423986) May 22, 2021