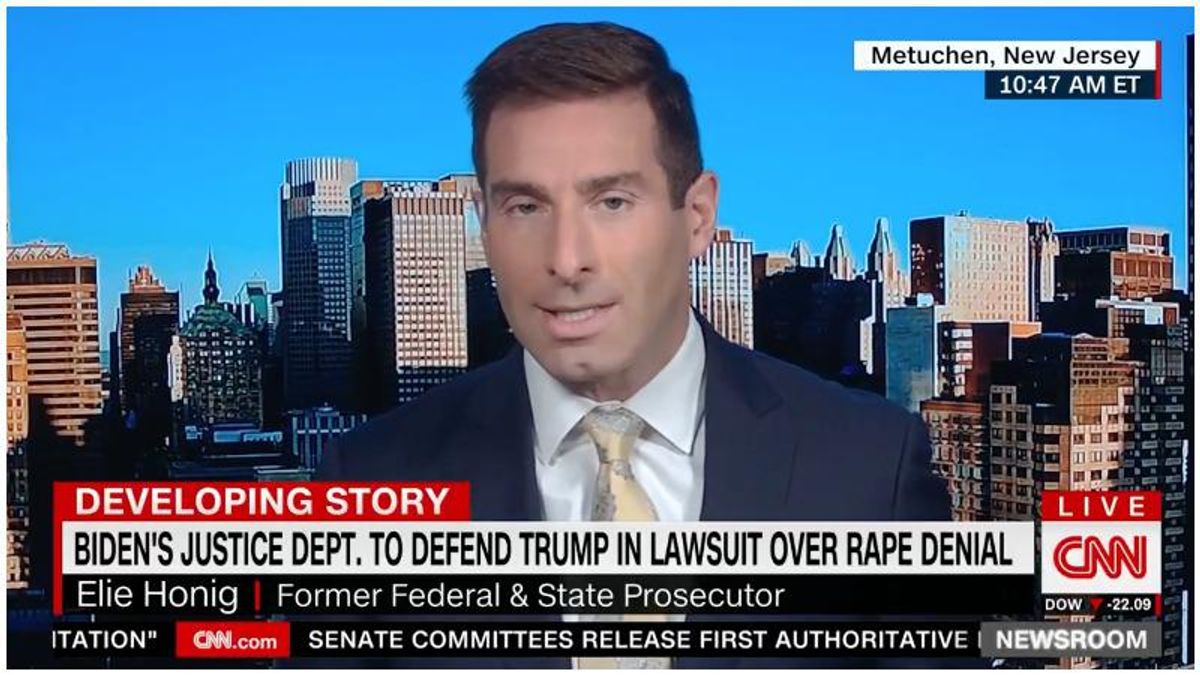 Speaking in CNN this Tuesday, legal analyst Elie Honig addressed recent reports that the Justice Department under President Biden will be arguing in favor of Donald Trump regarding his claim that he cannot be sued for defamation by rape accuser E. Jean Carroll.

According to Trump, the alleged offending statements he made about Carroll were said while he was an "employee of the government" and were made within the scope of his office. Honig says that Attorney General Merrick Garland's decision to continue Trump's defense was the wrong decision because Trump's words were not related to his "official duties."

Honig went on to say that "defaming somebody or calling somebody a liar" does not fall under the umbrella of "official duties."

"I think Merrick Garland is making a mistake here," Honig said. "I think this is a missed opportunity. I think it's good that Merrick Garland is making this decision without consulting with President Biden. That's as it should be -- the Attorney General should not be taking order from the President, but I think he's missed an opportunity here to draw a line between the new DOJ and the Bill Barr DOJ."