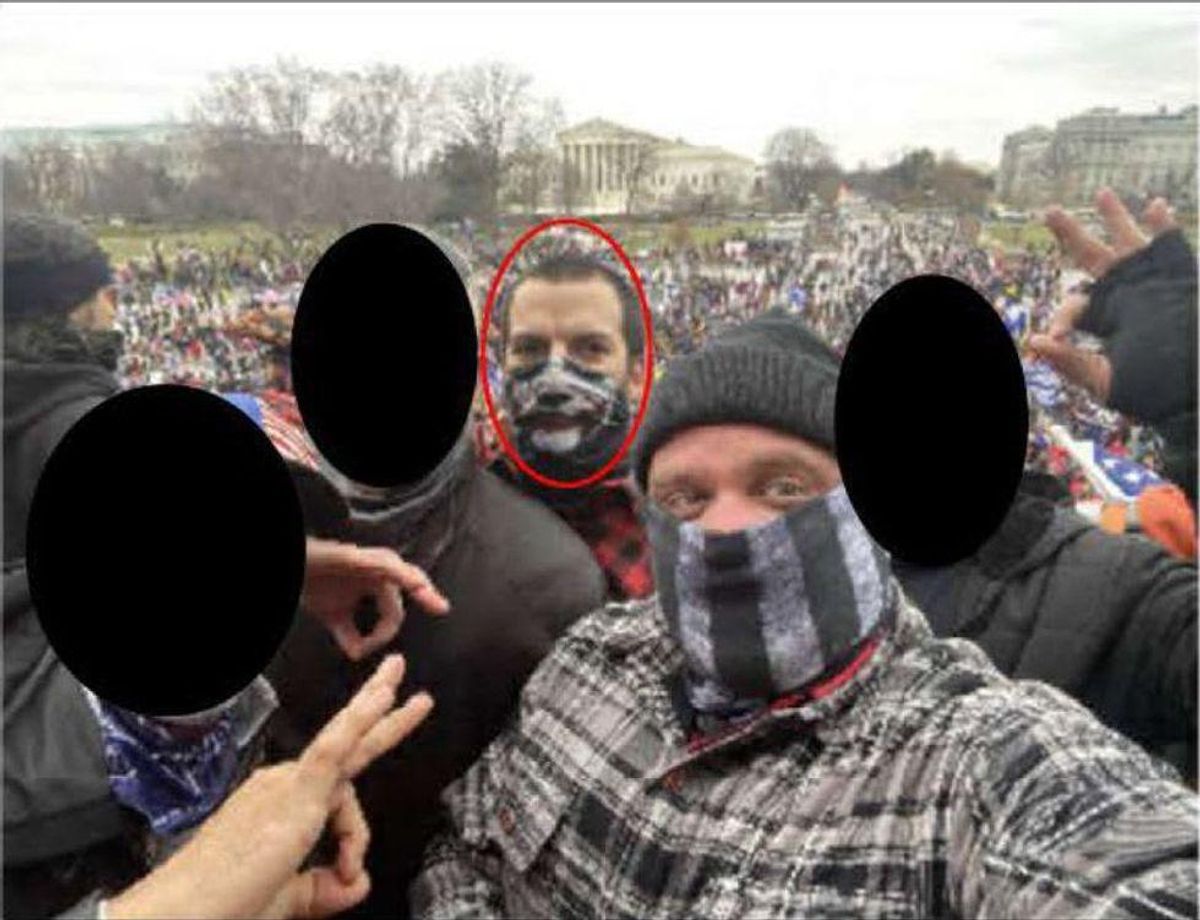 The image shows him with Joe Biggs, a prominent Proud Boys organizer accused of helping to plan the U.S. Capitol riot on Jan. 6, 2021. - FBI affidavit/TNS

It took less than 300 seconds for CNN to tear down Sen. Ron Johnson (R-WI) and other Republicans who have downplayed the severity of the Jan. 6 attack on the U.S. Capitol.

While some have called the insurrection "peaceful" or claimed the crowd was nothing more than "tourists" or "patriots," court documents from the Justice Department and the FBI reveal the startling cache of weapons on hand that day.

"The evidence collected by federal prosecutors in the nearly 450 Capitol riot cases tells a different story," said CNN's John Berman. "This is the same evidence the GOP does not believe warrants a commission. There's a man alleged to have made 11 homemade bombs in his truck on Capitol Hill and a list of left-leaning bad guys. Prosecutors say he parked his truck and left it to sit there for most of Jan. 6. Inside his truck or on him he had a shotgun, a pistol, and 11 Mason jar bombs inside a cooler that if detonated would have acted like napalm."

CNN's Brianna Keilar showed one of the men she said was "looking for war," who was seen dropping from the Senate balcony onto the floor.

"According to court records, these men loaded their car with a Glock pistol, a pocket gun, knives, bear mace, ammunition, gas masks, a stun gun, and a baton," she said, "and on their way to Washington the men shot a video in which one of them said, and I'm quoting here, 'We're out here protecting the country. If sh*t goes down, if [Mike] Pence does what we think he is going to do.'"

Berman noted that the threats didn't stop after Jan. 6. One Texas attacker was so furious with Capitol police he sought out the officer attempting to "hug his neck with a nice rope on television," the man said online. The FBI is still seeking information about the person sited who planted pipe bombs the night before the attack.

"Senate Republicans don't think it warrants an inspection from Congress, the branch in charge of oversight," Berman said, citing the attack as the largest law enforcement efforts in American history. "Perhaps it's because of what they fear about themselves."

Ron Johnson BS torn down in less than 300 seconds www.youtube.com