Cognitive immobility is a stressful mental entrapment that leads to a conscious or unconscious effort to recreate past incidents in one or more locations that one lived in or visited in the past. By doing so, we are hoping to retrieve what is missing or left behind. When people cannot remain in locations because of conditions beyond their control, such as a war or family or work commitments, their bodies may physically move to a new world, while their minds are left behind – trapped in the previous location.

Thus, these people might be described as being “cognitively immobilised”. During this time, such individuals may seek consolation through the reconstruction of events or physical movement to the locations that they migrated or departed from.

This may be related to homesickness, but it is actually different. Homesickness is a feeling of longing for a previous home, whereas cognitive immobility is a cognitive mechanic that works on our attention and memory to mentally trap us in a place – whether it is a previous home or just a place we’ve visited.

Indeed, research shows that recalling memory is a process of imagination – we often recreate past events in a way that isn’t necessarily accurate, but rather affected by our current beliefs and emotional state. This can make our past look even better than it was.

I believe the experience may be very common for people who migrate. In an unrelated study on Syrian students who fled to Turkey, one of them stated: “I am still in Syria. My soul is there. I always have memories of my dead cousins. This affects my getting used to here. Those days will never come back.” Another Syrian student said: “I left my homeland, my nation, my relatives, everything in Syria. I was physically here, but spiritually there.” Both students are clearly suffering from cognitive immobility.

Due to cognitive immobility, some people who have moved from their homes to new locations perpetually long to visit their old homes. But cognitive immobility still applies – when they do visit their old home, they immediately long to return to their new homeland. So, according to my research, a person who has migrated may have a “homeless mind” while experiencing a situation where no home is truly a home; even the previous home – the ancestral home – has lost its distinguishing features and allure in the real world. 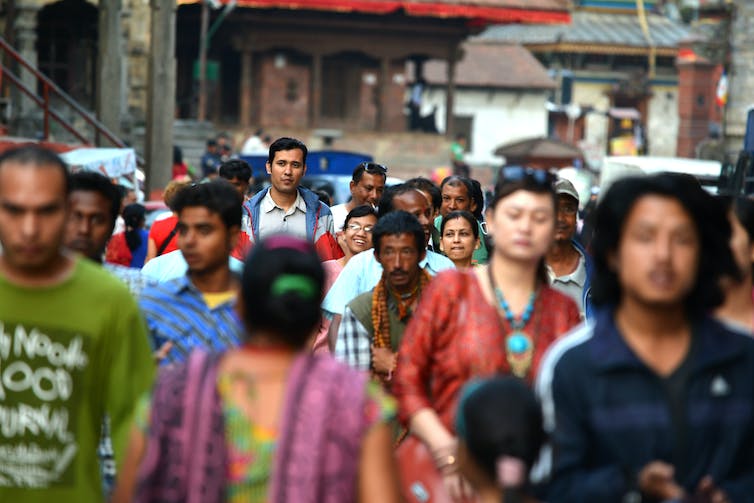 Sometimes ex-pats don’t even feel at home in their ancestral land.

It is easy to see why. Ultimately, there is no place without self and no self without place. Therefore, who we are is greatly influenced by the places we live or go and where we desire to be in the present and future.

The implications are serious. For example, it could lead to problems integrating into a new place and making new friends — potentially making us even more trapped in the past as we don’t have an engaging present to distract us. Constantly being stuck in the past could also get in the way of thinking ahead. This can have knock on effects for our wellbeing – we need to focus on the past and present as well as the future to feel good.

What could be done

According to my research, there are three stages of cognitive immobility. The first entails becoming aware of the stress and anxiety caused by leaving the location where the mind is entrapped. During this stage, most migrants experience a lot of uncertainty, which hinders their efforts in many aspects of their lives, including resettling, acquiring new skills such as language and making new acquaintances.

The second stage involves deliberate efforts to reclaim the lost or abandoned object, creating more tension than the first stage. Here, the person might engage in activities such as travelling to their ancestral land, reconstructing their memories and reading about the lost location. Although physical visits to sites could alleviate the stress, this could be a temporary solution.

The last phase consists of deliberate efforts to retain values and seek goals that will alleviate the loss. This approach might consist of using artefacts to symbolise the lost home, such as art or images. It has also been argued that migrants could “make new homes”, but also represent their memories and aspirations – for example by making friends with people who come from the same place, or have the same religion. This is in fact one way to ultimately reduce the anxiety.

For example, there are psychological interventions that can help us balance our mental focus on the past, present and future. To avoid being stuck in the past and become more present focused, we can write down something we are grateful for every day. And to become more future focused, we could imagine our “best possible self” five years from now – it worked for many people during the COVID lockdowns.