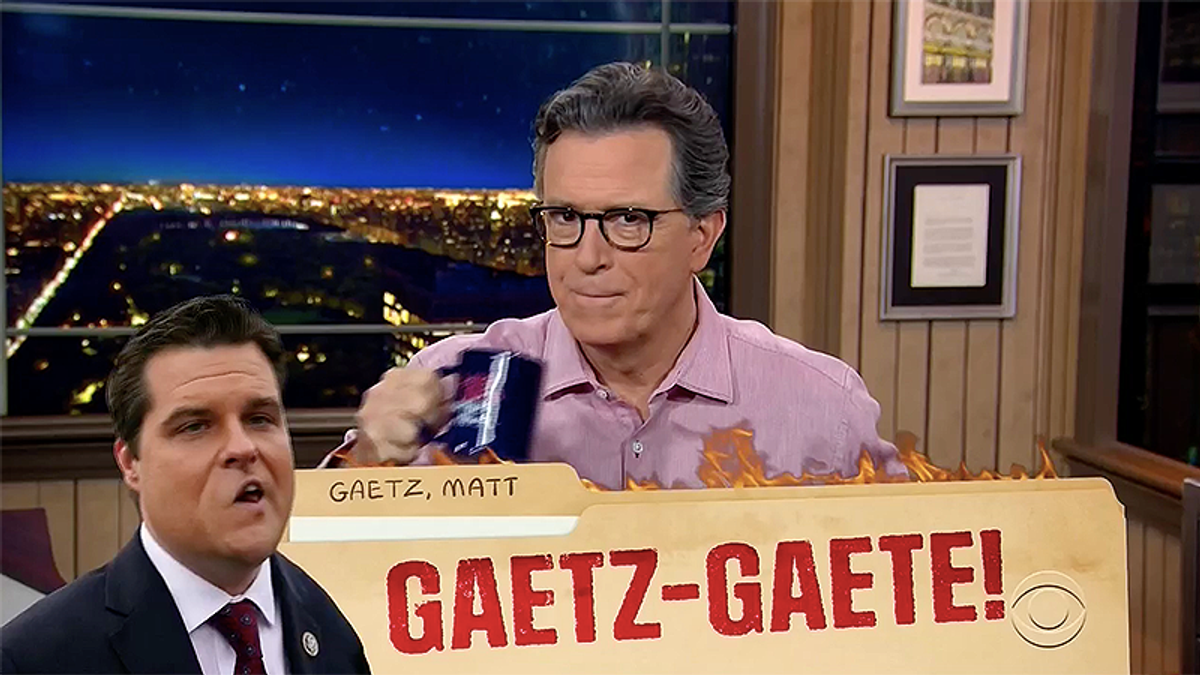 The host began his segment "Gaetz-Gaete" by mocking the suburban Orlando gated communities Gaetz would have the infamous parties.

"Is Matt Gaetz a congressman or a high school senior?" asked Colbert. "You gotta come to my house after prom! Mark's brother got us the good stuff. We're talkin' raspberry Mike's hard, a premium box of chardonnay with a bird on it, and a beer that can only be described as Milwaukee's 'best.'"

The women who attended the party spoke to CNN, saying that they were asked to put away their cell phones to prevent the escapades from being documented.

"To which the women replied, 'It's sex with Matt Gaetz. Neither do we,'" the host joked. "One attendee said that Gaetz acted like a frat-type of party boy. What frat would that be? Ima tappa minah? Beta getta lawya? Gonna go-ta jail-a? She also reported that Gaetz was taking pills she believed were recreational drugs. And partygoers say they shared drugs like cocaine and ecstasy, and some had sex, adding that Gaetz liked to discuss politics. Wow, how did the girls like that? 'Wow, congressman. That's a long story. Mark Meadows did what? And then what did Jim Jordan say? Oh, God, what was the safe word? Pumpkin patch! pumpkin patch!"

See the Colbert mockery below: