Colbert: 'Piers Morgan is such a baby someone at Buckingham Palace asked what color he'll be' 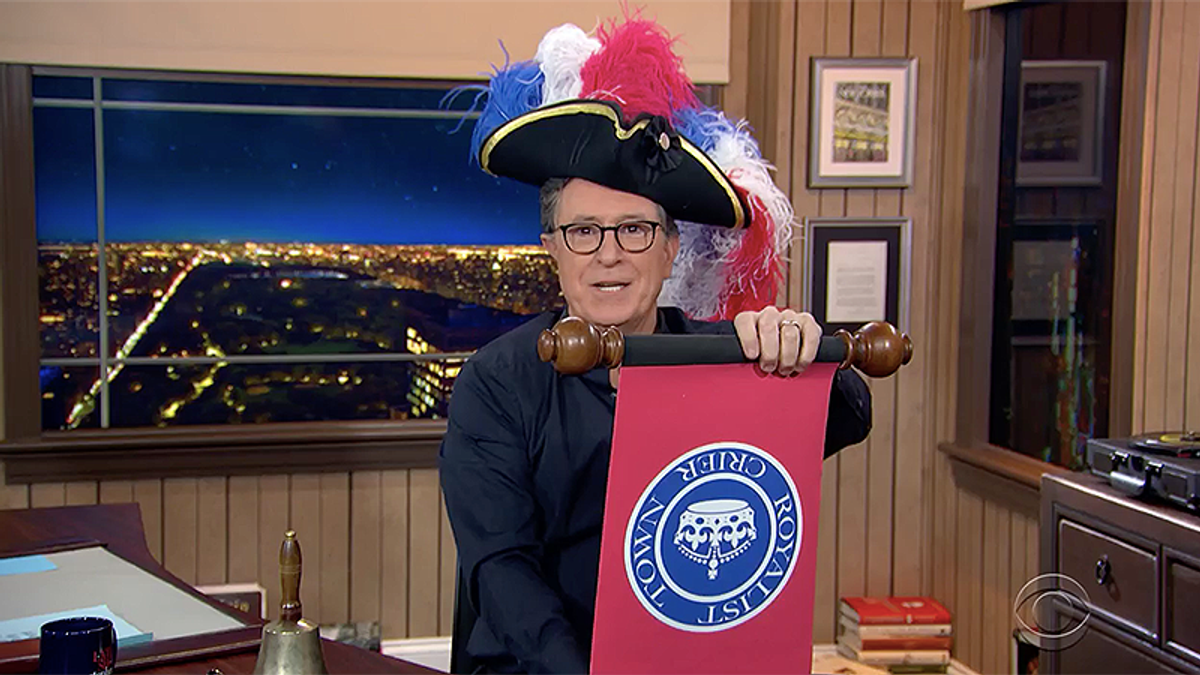 After a quick round of mockery at the royal family, Colbert showed a series of interviews Morgan has done over the past several days amid the news about the Oprah interview with Harry and Meghan. At one point, Morgan was speaking to a panel of people of color and asked if it was racist for someone to wonder about the color of the skin a child would be for a mixed-race couple.

"Ooo! Oooo! I know the answer: you're a spotted d*ck," Colbert said.

Morgan also said about Meghan that he didn't believe that she was suicidal, prompting Colbert to do his own version of why Morgan isn't allowed to volunteer with the suicide hotline.

"As much as Piers loves to dish out the criticism, he sure can't take it," said Colbert showing Morgan storming off the set after being called out.

"Piers Morgan is such a baby, someone at Buckingham Palace just asked what color he's going to be," Colbert said. "Piers didn't just storm off the set in slow-motion-twit-snit. He stormed off the whole show, because a few hours ago, his network announced, 'Piers Morgan has decided now is the time to leave 'Good Morning Britain.' Congratulations. Tomorrow's going to be a great morning, Britain."