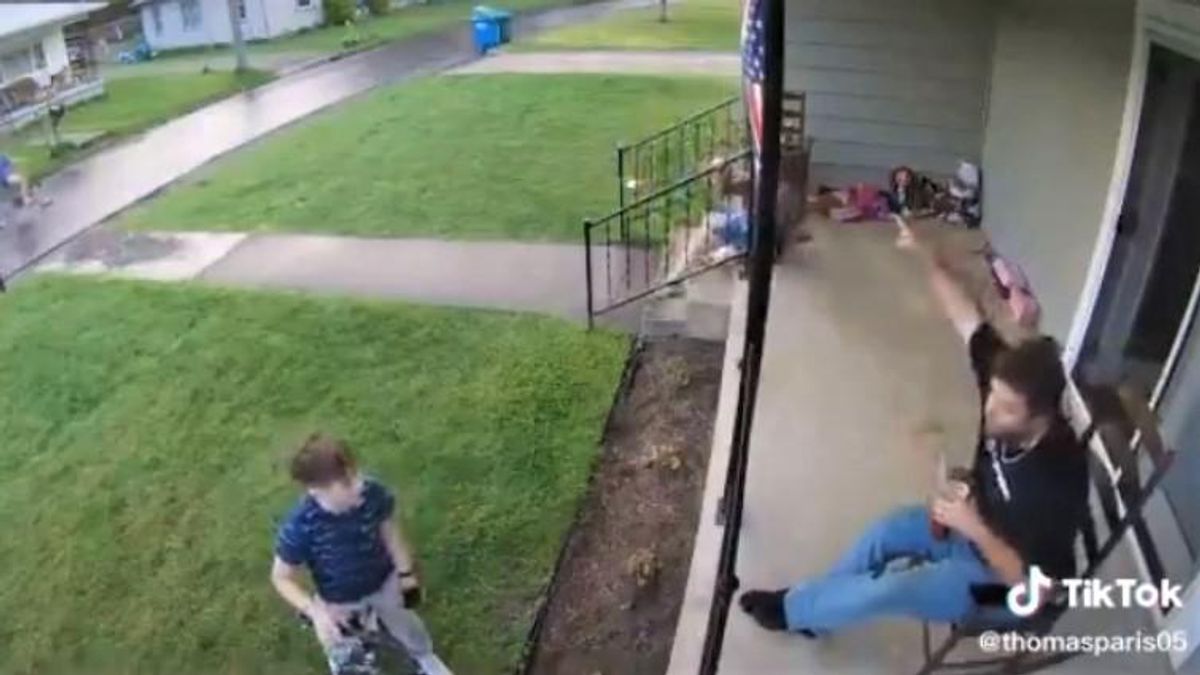 A man who displays symbols of the Confederacy on his front porch grew angry recently when a young boy in his neighborhood educated him about the Confederate flag's racist symbolism.

The Confederacy enthusiast was sitting on his porch when a boy on a bicycle confronted him about the flag he displayed on his house, which was an amalgamation of the American flag and the Confederate battle flag.

"Why don't you YouTube what the flag actually represents?" the man asked the boy. "Do your research before you come to me and sound like a f*cking r*tard... It's a flag, it's not racist! Do your research!"

"Maybe you should!" the boy shot back.

Later on, the man took a camera and filmed the flag on his porch and fumed that anyone would consider the Confederate battle flag racist.