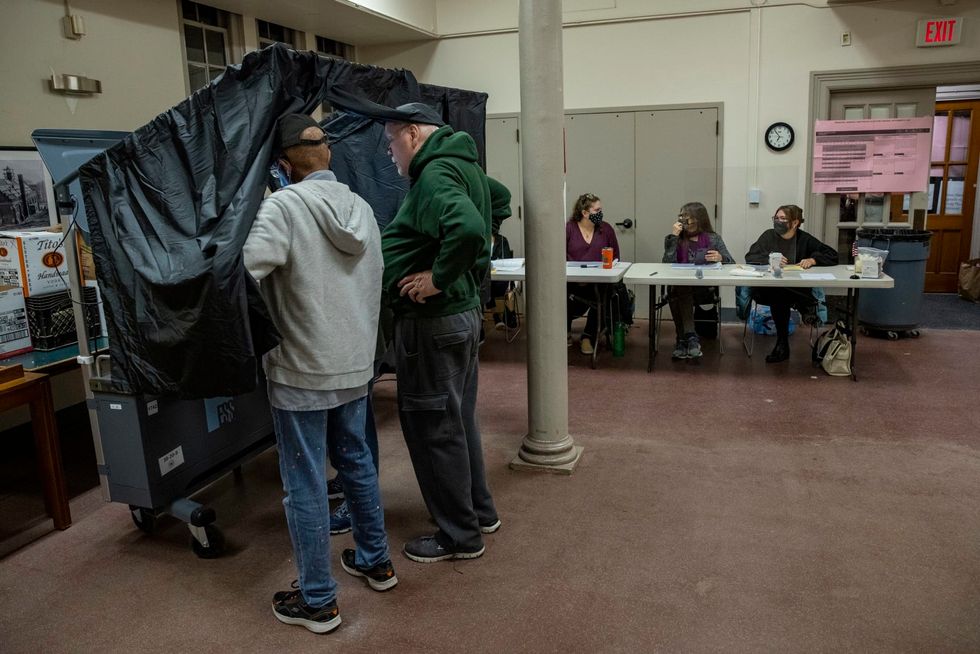 Poll workers prepare a voting machine on Election Day Tuesday, Nov. 2, 2021, at the Falls of Schuylkill branch of the Free Library of Philadelphia. - ALEJANDRO A. ALVAREZ/The Philadelphia Inquirer/TNS

PHILADELPHIA — More than a year after a contentious presidential race, Pennsylvania's election system remains a political lightning rod. In the legislature, before courts, in local governments, and on the campaign trail, Republicans are continuing to push an election law overhaul and raise doubts about the process. Even after the GOP this month won three of four statewide judicial races and recaptured some local offices in the Philadelphia suburbs, Republicans in at least one county demanded a "forensic audit" of the 2021 election — the same rhetoric used by former President Donald Trump and h...