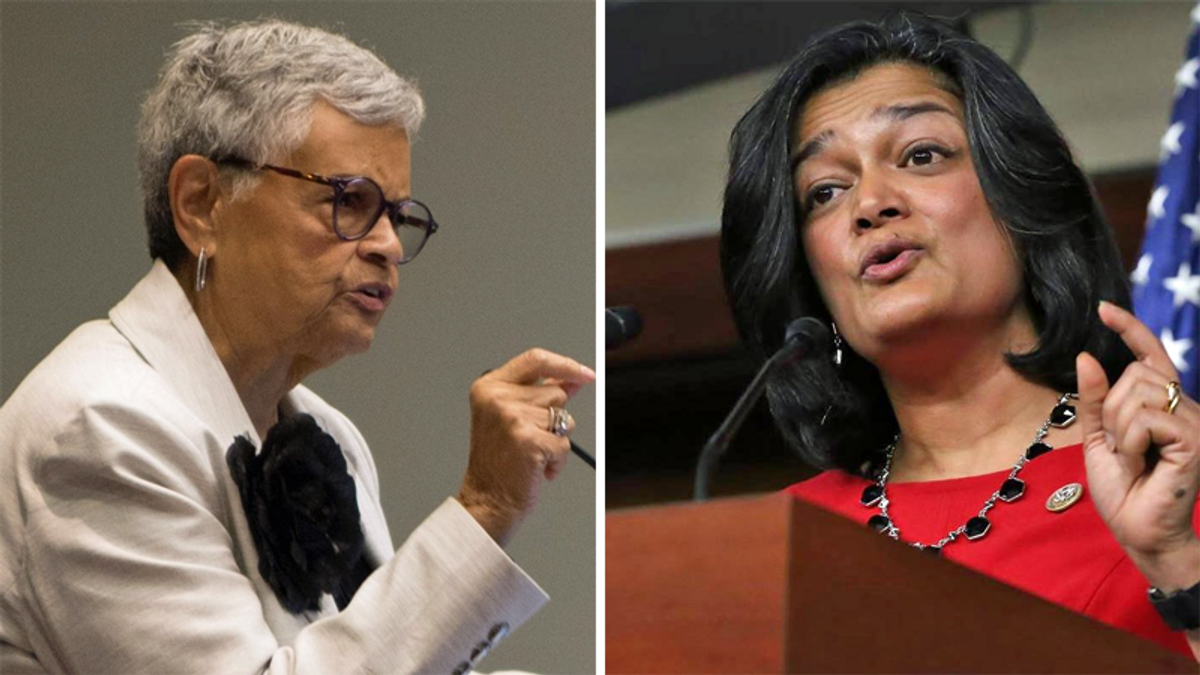 Two Democratic members of Congress are livid after testing positive for coronavirus after sheltering with maskless Republicans during the violent insurrection by supporters of Donald Trump.

"Today, Congresswoman Bonnie Watson Coleman (NJ-12) received a positive rapid antigen test result for COVID-19. She believes she was exposed during protective isolation in the U.S. Capitol building as a result of insurrectionist riots," her office said in a statement.

Another infected Democrat had harsher words.

"United States Representative Pramila Jayapal (WA-07) received a positive COVID-19 test result tonight after being locked down in a secured room at the U.S Capitol where numerous Republican lawmakers recklessly refused to wear masks in the moments after the January 6 attack," her office said in a statement.