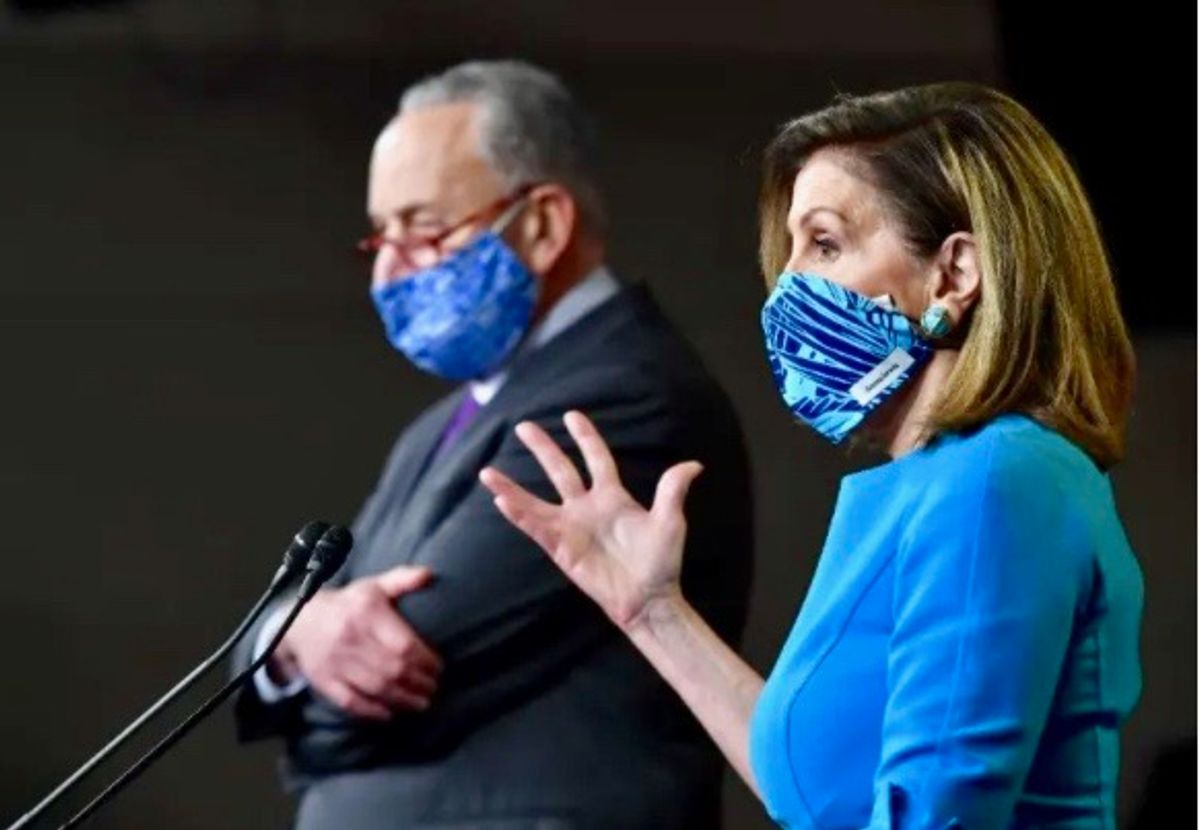 Direct payments from the newly approved coronavirus relief package began landing in people's bank accounts with striking quickness this weekend, but a glaring shortcoming of the American Rescue Plan caused by the arcane procedural tool that Democrats used to pass the bill could prevent checks from reaching many vulnerable households.

Unlike the Covid relief bill that Congress passed through regular order in December, the new $1.9 trillion legislation does not include protections barring debt collectors from hoovering up the checks and using them to pay off people's private debts—which, as The American Prospect's David Dayen put it, makes the American Rescue Plan "also a cash cow for debt collectors."

Lawmakers were well aware of the looming issue as the aid package made its way through Congress; days after the Senate passed its version of the bill earlier this month, Senate Finance Committee Chair Ron Wyden (D-Ore.) put out a statement vowing to introduce standalone legislation to protect the payments from debt collectors.

"While Democrats intend to protect the third payment from private debt collectors, Senate rules did not allow us to include that protection in the American Rescue Plan," Wyden said, referring to the rules of the budget reconciliation process, which requires provisions to have a direct impact on federal spending or revenue.

"Last year, Democrats and Republicans joined together to shield relief payments," Wyden added, "and I would hope that Senate Republicans again support ensuring families receive the $1,400 they need to pay rent and buy groceries."

The CARES Act, a $2.2 trillion relief bill Congress approved last March, did not include language preventing debt collectors from snatching the $1,200 payments, and some people had their money seized as a result. Following outrage from consumer advocates, lawmakers, and state attorneys general (pdf), the aid legislation Congress approved in December contained a provision barring private debt collectors from taking the measure's $600 checks to offset people's debts.

But the December legislation was not passed through reconciliation, meaning lawmakers did not have to contend with the procedure's rules against provisions that don't have a direct budgtary impact.

"The Byrd rule in this case actively transfers emergency funds to financiers," noted Dayen. "Now that checks are already moving through direct deposit, a patch at this point would have limited effect. Needed to have been passed the same day. A real failure of Congress and the president."

Dayen added that "a patch would have some effect, stopping a flood of new judgments from debt collectors to siphon stimulus funds out."

"For those with debts who don't have a judgment yet: get the money out of your bank account immediately," Dayen urged. "One in three U.S. adults had debt in collections as of 2014. This is not theoretical."

As Yahoo Money explained Saturday, "Any private debt collector that has a judgment against you can garnish the latest round of payments. Credit card and medical debt are the two most likely to be collected by debtors... Stimulus checks may also be garnished by debt collectors for unpaid private student loans in some circumstances."

Unless Senate Democrats eliminate the filibuster, any legislative fix for the issue would likely require Democrats to win the support of at least 10 Republicans—an unlikely feat, given that not a single GOP lawmaker voted in favor of the latest relief package.

A spokesperson for Wyden told Mother Jones last week that he intends to introduce his legislation "soon" but did not provide a specific timeline.

"Now," said Saunders, "Congress must take immediate action to ensure that the economic stimulus payments feed families as intended rather than debt collectors."