WATCH: Congresswoman chokes up explaining she told her husband where her last will is before Trump riot 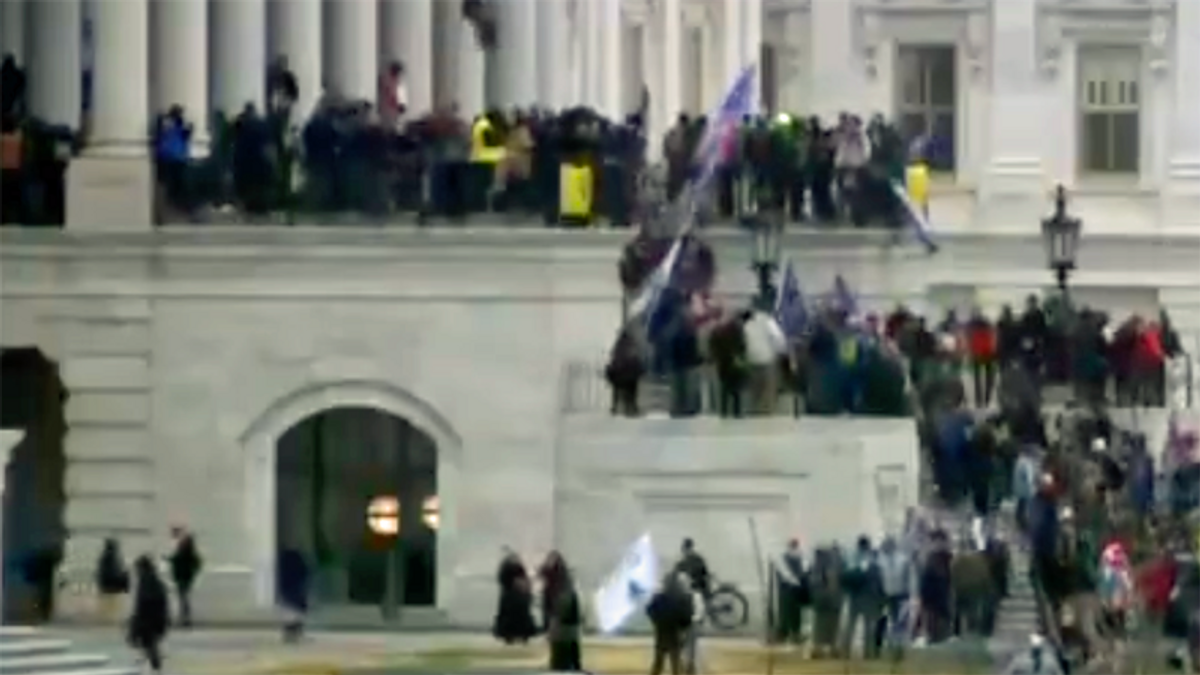 One member of Congress told a harrowing story about how she prepared for the fatal riot at the U.S. Capitol.

"It's really jarring to come into work on a Wednesday to do something that is normally a very, just, procedural thing that is a hallmark of our democracy, the peaceful transfer of power, and to have the events unfold in this way is just -- it's astonishing," Sanchez said. "It's disheartening. It's dangerous."

She then explained how she prepared for the day.

"And you know, as a member, I called my husband last night and I told him that I was coming into work today, but that should anything happen, I let him know where my will and last testament was located in the event that we needed it," she explained. "And it's a sad day in America when you are trying to come in and do your job in a democracy and you have to think about things like that."

"I have an 11-year-old son who I want to be around to raise, and people who are, you know, breaking down barriers and bursting into the capitol and that are armed make it really hard to do that," she explained.

Wallace recalled calling her father on 9/11 for similar reasons.

"Can you tell us why you knew last night that you needed to tell your husband where your will was?" Wallace asked.

"You know, it was just a premonition that, you know, there has been enough nasty rhetoric, inflammatory rhetoric by our president and by others to encourage this mob-like behavior, this riotous behavior, and I just knew that it probably would boil over, and I just wanted to be prepared," Sanchez replied. "I wanted to have a plan. And as I said, you know, having to barricade yourself into a room and put up furniture up against the door and grab whatever objects are handy that can be used as weapons, you know, when you are going in to work is -- it's unfathomable to me that that would be something that, again, that would happen on a Wednesday workday."