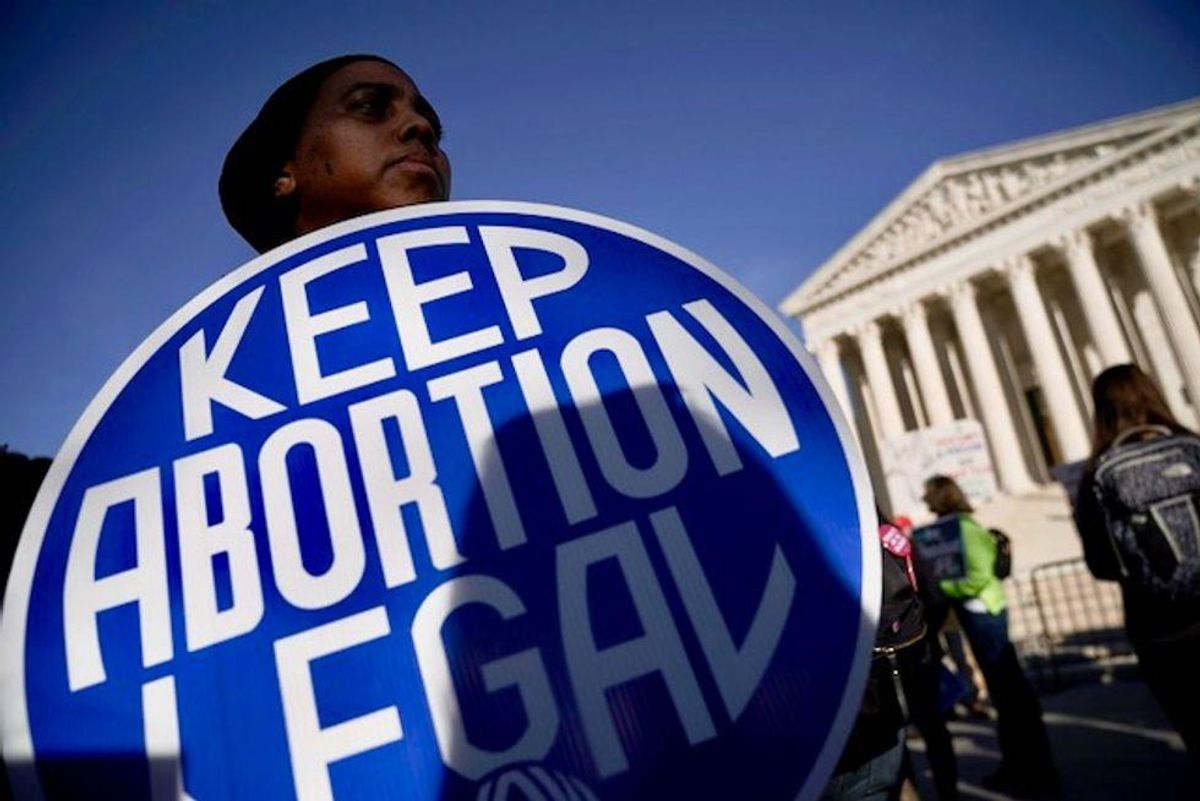 Writing for the Washington Post on Sunday, conservative columnist Jennifer Rubin explained that several lower-level national laws should effectively unmake the Texas law encouraging vigilante citizens to capture women who have had abortions.The Texas law didn't go through the required legal process that every other case must face before being put on the Supreme Court docket. In fact, the case didn't even have oral arguments before the High Court before a decision to allow it to go into effect was decided.

Had the case been heard in lower courts and debated before the Court, there are several arguments for why the law is unconstitutional.

Rubin cites Section 1983 of Title 42 in the U.S. Code which says: "Every person who, under color of any statute, ordinance, regulation, custom, or usage, of any State or Territory or the District of Columbia, subjects, or causes to be subjected, any citizen of the United States or other person within the jurisdiction thereof to the deprivation of any rights, privileges, or immunities secured by the Constitution and laws, shall be liable to the party injured in an action at law, suit in equity, or other proper proceeding for redress."

Rubin's take on the law is that because it forced every clinic to stop doing abortions, surely it "is a deprivation of constitutional rights."

"What about 'under color of any statute?'" she also asked. "Does that not limit Section 1983 to so-called state actors? In fact, there is a well-developed body of law that says private individuals acting in concert with state actors can be sued."

She then cited the 1988 case, West v. Atkins, where the Supreme Court specifically outlined, "The traditional definition of acting under color of state law requires that the defendant in a [Section] 1983 action have exercised power 'possessed by virtue of state law and made possible only because the wrongdoer is clothed with the authority of state law.'"

There are several other lower court cases with similar positions among other state laws. She explained that the law was designed in exactly that way because they knew that they couldn't block the abortions directly.

"To be clear, a Section 1983 case requires a high level of intermingling state and private actions," Rubin wrote. "The degree of collaboration required against private actors in 1983 cases may not exist in this situation. Ironically, simply announcing the intention to file 1983 suits against bounty hunters might be enough to stop — or to borrow a phrase, chill — the whole charade."

The same question can be asked about HIPAA laws. The Health Insurance Portability and Accountability Act blocked anyone from having access to your private healthcare records without your permission. While subpoenaing that information in a criminal case may be admissible, it's unclear how it would work in a civil case. How else would these courts be able to prove that someone was pregnant or had an abortion without accessing those records without the woman's consent?

"The Texas statute breaks new legal ground, and women's rights defenders must be creative and bold in their counterattack. Any and all viable strategies should be tried," closed Rubin.