YouTube conspiracy theorist Mark Dice replied to an Associated Press report about it saying, "It's time for Republican states to secede." 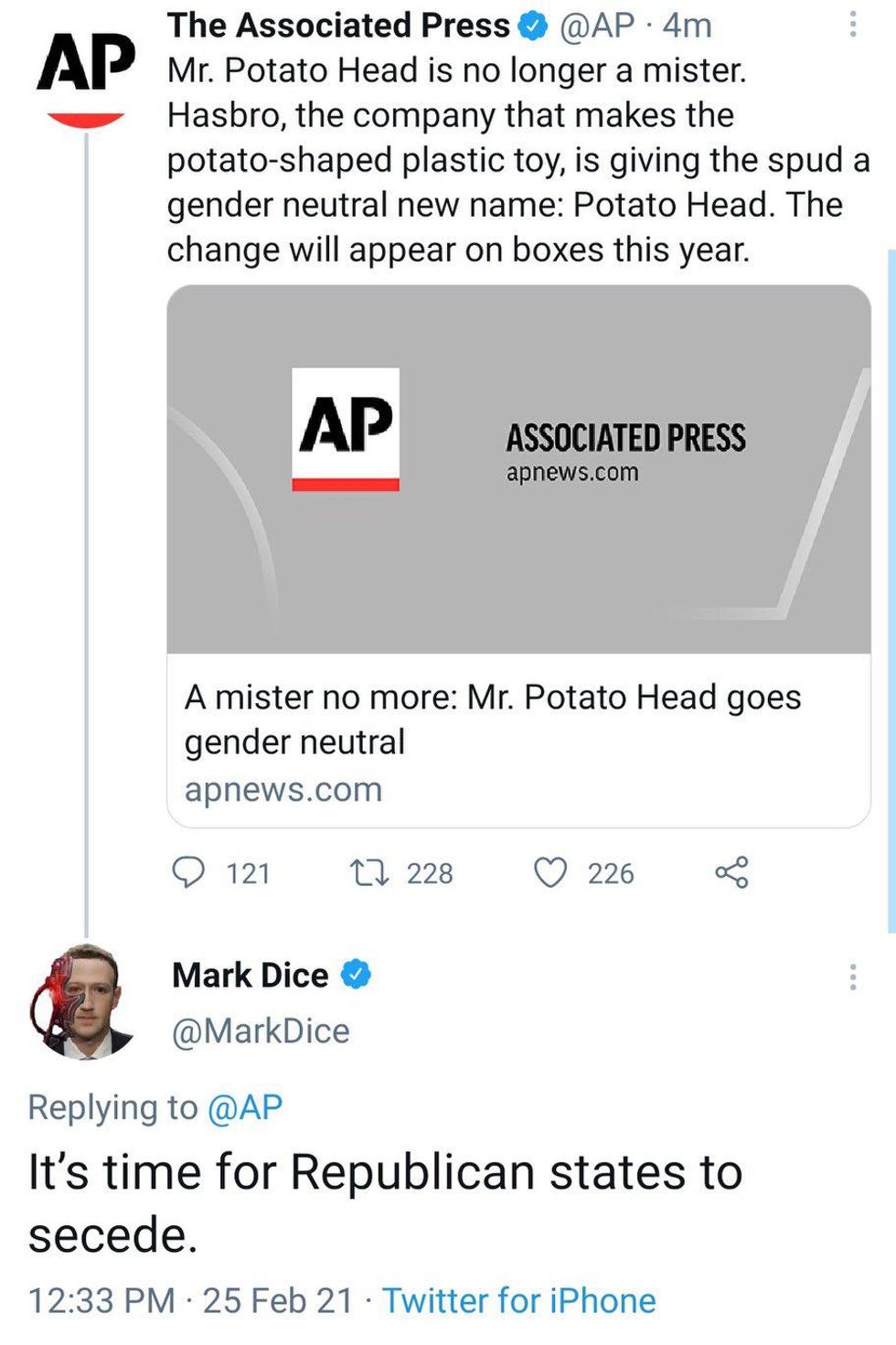 It prompted questions about the next steps in secession and whether Republican states would mandate checkpoints to ensure no gender-neutral potatoes were brought into their country or whether no modern potato heads would be sold in the Republican states.

Others, like Piers Morgan, took issue with Hasbro continuing their toy business amid the pandemic.

The reality to the Potato Head story is far less controversial, Politico's Chris Suellentrop noted with the statement from Hasbro.

"Looking ahead to 2021, Hasbro is making sure all feel welcome in the Potato Head world by officially dropping the 'Mr.' from the Mr Potato Head brand name. The new branding and logo bring a fresh look with a whimsical color palette and will introduce new product, including Create Your Own Potato Head Family, to appeal to the modern consumer.

"The Create Your Own Potato Head Family, launching this Fall, is a celebration of the many faces of families, allowing kids to imagine and create their own Potato Head family with 2 large potato bodies, 1 small potato body, and 42 accessories, their potato family can have up to 2 parents, and a baby."

Mr. Poato Head will not undergo gender reassignment surgery because he never had genitals, because he is a potato.

You can see other conservative anger below:

What about Mrs. Potato Head? Do the Toy Story films have to go back and edit their dialogue now? https://t.co/LzzJVuY0kJ
— Cody Derespina (@Cody Derespina) 1614275051

The conservative outrage quickly drew mockery from the left, which you can see in tweets below:

Hasbro definitely shouldn’t focus on silly distractions like Mr. Potato Head when they could be doing the real work… https://t.co/i9M7Rn7G9V
— Hutch (@Hutch) 1614275441