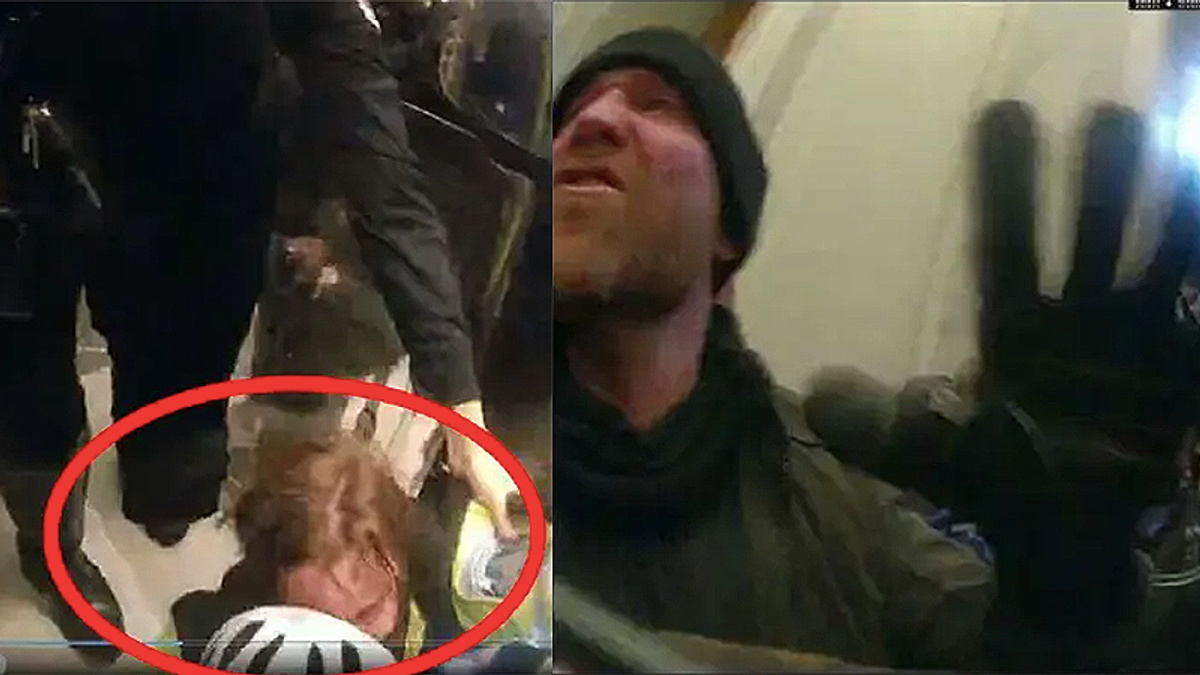 Gray is accused of having altercations with multiple police, one in which he caused a female police officer to fall down the western rotunda stairs "and became visibly injured."

Gray bragged about it all in a self-shot monologue, the FBI said. Gray's pride in having carried out the attack on law enforcement -- and the boast that "this is far from over -- was captured on his video.

Now the video itself has been captured by the FBI. Here are some of the highlights of Gray's monologue, according to its charging document:

The FBI complaint details how Gray was among the first to push through lines and confront police. It describes him as backing at one point, beckoning some unknown individuals to come forward toward him, apparently resulting in a larger and more agitated group of rioters taking in part in the attack.

Gray, whose last known place of employment was X3 Fitness, according to the FBI, had used Facebook and Instagram to post about "his dissatisfaction with the election and…improprieties surrounding the election.

Among his Facebook prose on December 12, Gray had stated "F*ck this election this is the biggest scandal of my lifetime" and "militia finna be lit y'all!!" and "Sh*ts about to get lit y'all. I'm actually really excited at the possibility of the insurrection act being implemented."

In a private Facebook message that day, Gray proclaimed, "Bro, I just joined the militia."

Gray faces a longer list of charges than most of the 450 Capitol riot suspects. In addition to the standard charges of unlawful and violent entry, disorderly conduct and disrupting government proceedings, Gray is also charged on multiple counts of physical violence, including attacks on a person "while engaged in the performance of official duties."

You can read the FBI arrest complaint here.