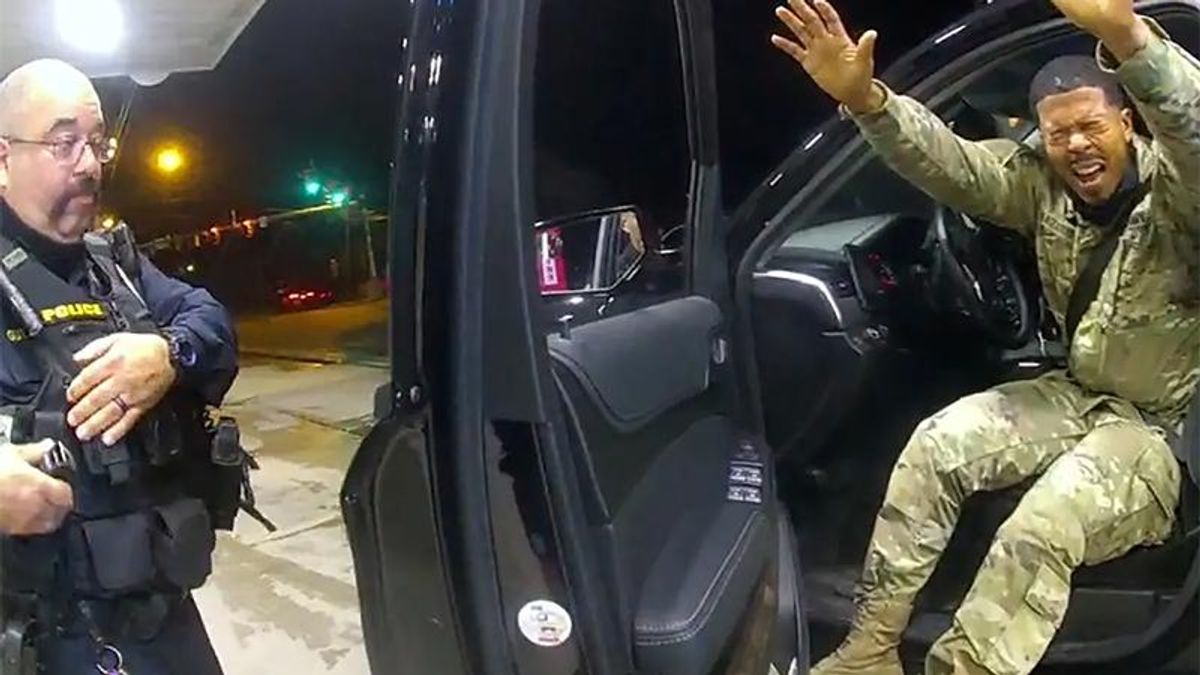 "The Town of Windsor, Virginia acknowledges the unfortunate events that transpired on Dec. 5, 2020, involving Lt. Caron Nazario and officers of the Windsor Police Department, Joe Gutierrez and Daniel Crocker," a statement read. "The pursuit and ultimate stop resulted in the use of pepper spray against Lt. Nazario by Officer Gutierrez. As a result of this use of force, Department police requires an internal investigation to determine the appropriateness of such actions. The investigation of this event began immediately. At the conclusion of this investigation, it was determined that Windsor Police Department policy was not followed. This resulted in disciplinary action, and department-wide requirements for additional training were implemented beginning in January and continue to the present. Since that time, Officer Gutierrez was also terminated from his employment."

As Newsweek editor Naveed Jamali noted, the officer was fired for not following department procedure. It's unclear if there will be legal action taken against the officers who lied on the police report.

In an earlier tweet, Jamali noted that he pored over data from the small police department and thinks that racism and the need for revenue merged into the same efforts.

I poured over @WindsorPD data, the tiny force: - spends most of its time pulling people over and issuing traffic ci… https://t.co/TpuHBxSsAN
— Naveed Jamali (@Naveed Jamali)1618139345.0

It was revealed Saturday, that the police chief listed the "incident" as "obstruction of justice" in his report to the Mayor and Town Council. That is, the chief considered U.S. Army medic Caron Nazario to have obstructed justice. Not the police who lied on the report and threatened the Army medic not to sue.

It's unknown if Mayor Glyn T. Willis will review the police chief's characterization of this "crime" and investigate the department further.

Oh so the cop who pulled over #CaronNazario was fired for not following department procedure? Well what do you ever… https://t.co/iHOhfCnTBi
— Naveed Jamali (@Naveed Jamali)1618192424.0